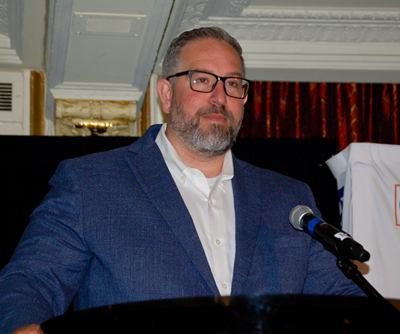 The Society of Collision Repair Specialists (SCRS) has provided a few more details about its study beginning in August into the accuracy of the blend time formula commonly used in the industry.

Speaking at the association’s open board meeting in late July in Pittsburgh, Executive Director Aaron Schulenburg noted the three estimating system providers each establish its own refinish labor allowance for any given panel.

"Our members have long challenged that," Schulenburg said. "We don’t believe 50% is reflective of what we’re actually doing, because there are a lot of tasks associated with [blending] outside of just the application of the base coat, which, for a large part, is the task that is being adjusted.”

Schulenburg said given the lack of “positive movement” SCRS has seen on the issue based on its long-standing discussion with the estimating system providers, the association is working with the five primary refinish companies on a study taking place at Global Finishing Solutions’ Center of Excellence facility in Wisconsin.

“We will actually be using a systematic approach where we do complete refinish on doors, fenders and hoods, and then blend on doors, fenders and hoods, to evaluate the delta between the full refinish task and the blend tasks,” Schulenburg said. “We’re not doing a refinish time study. Our goal is not to establish a refinish time on those panels. We will just be evaluating what percentage of the full refinish value blend represents.”

He said the study will use panels for a high-volume Ford truck, waterborne products used in all U.S. markets, and color codes that represent a solid, a metallic and a tri-coat.

“This has been an issue for a long time,” Schulenburg said. “We hope to put a punctuation mark on this one.”