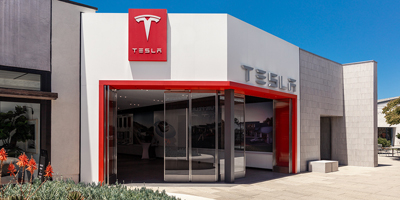 Tesla is asking for help in a new fight against dealerships, as the automaker is pushing for a Virginia House bill to be passed through a transportation subcommittee Jan. 31.

House Bill 2468 would allow manufacturers who have already gone through administrative hearings in Virginia for new sales locations to open subsequent locations without additional hearings. Tesla called it a “common sense solution” that would save companies and the state time and money.

Tesla is encouraging owners and fans to reach out to the House Transportation Committee members to encourage them to support the bill, introduced by Del. Rodney Willett of Henrico County and sponsored by Del. David Reed of Loudon County.

“This bill is critically important for Tesla to be able to open new stores to meet public demand without going through a costly, time-consuming administrative hearing process that it has already gone through multiple times,” the company said in an email to owners.

Of course, Tesla is facing opposition from the Virginia Automobile Dealers Association, which is “actively working to kill it,” the company said. Tesla has already gone through the administrative process of opening several showrooms in Virginia, all of which have found Tesla to be an adequate owner and operator of its own dealerships.

Tesla and other EV makers have faced pushback in several regions in the U.S., as large dealership networks have consistently felt the effects of direct-to-consumer opposition.

Various state governments have dealt with what legacy automotive dealers call the “pro-consumer franchise system,” which requires cars to be sold through independent dealerships and not directly to customers.

It has affected not only showrooms but also service centers.

In Connecticut, Tesla had permits pulled from a future service center location after a lawsuit from a dealership group in Hartford said the company’s intent to fix vehicles was a smokescreen for the EV maker’s true intent---to sell vehicles directly to consumers, which would be a violation of state laws. At the time of the suit, Tesla already operated two other service center locations in the state.

In Virginia, the House Transportation Committee will hear HB2468 on Jan. 31. Tesla is encouraging residents to call or email the members and encourage them to support the bill.