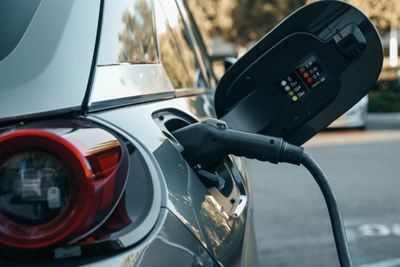 Electric vehicle owners could see some savings thanks to the state government, but the benefits would flow to the already well-off.

The boost comes in the form of a tax credit, worth up to $2,000, to install an EV charging station or port.

“While more is being done at both the state and federal levels to make the purchase of EVs more affordable, there are currently no state incentives for the purchase of residential EV charging stations,” Hughes wrote in a legislative memo. “Authorizing this tax credit would help to address cost and access barriers by making at-home charging more affordable for all Pennsylvanians. More can, and should, be done to help usher in the transition to EVs.”

Homeowners could save some money with a tax credit, but critics have argued such credits benefit the wealthy and don’t change behavior much.

More than 1,000 EV charging stations already exist in Pennsylvania, and the majority of owners charge their vehicles at home.

Electric vehicle tax credits got a recent federal boost through the Inflation Reduction Act, which offered a $7,500 EV credit when purchasing a new vehicle.

However, those require a federal tax liability to kick in fully. Only around 11,000 new vehicles and nearly 25,000 used vehicles are likely to be purchased with the available tax credits in 2023, Resources magazine noted. About 600,000 EVs were sold in 2021.

Broadly, EV charging stations are expanding across the commonwealth with state backing. PennDOT submitted a $171 million plan in July to build out 150 chargers over five years, as The Center Square previously reported.