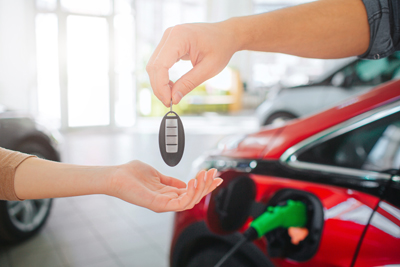 U.S. Sen. Joe Manchin, D-WV, who was integral in getting the new U.S. tax credit put together and passed, is not happy the original rules aren't being followed.

He's already voiced concerns about various loopholes, and he wants the U.S. Treasury Department to immediately pause issuing the $7,500 credit to cars that don't comply with guidelines related to battery components and materials.

For those unaware, the Biden Administration revamped the U.S. federal EV tax credit as part of the Inflation Reduction Act, and the new credit kicked in at the beginning of 2023. However, the Treasury Department is behind on issuing final guidance related to compliance with battery components and battery material sourcing guidelines, so vehicles that weren't supposed to comply are currently eligible.

In short, when the credit was put together, there were specific rules about where the batteries and battery materials had to come from in order for a car to get the full credit. The goal here was to bring more EV-related manufacturing to the U.S. However, the Treasury Department still needs to issue final guidance on exactly how those rules are handled, and it can't get to the task until at least March. In the meantime, many EVs are eligible for the full credit even though they were expected to be excluded.

Manchin's potential bill reportedly doesn't yet have bipartisan support, as it's only in the stage of early talks. If the senator can get support and the bill passes, it would cut off all credits for cars that don't comply with the rules as outlined in the original law.

According to Automotive News, Manchin explained the Inflation Reduction Act "is first and foremost an energy security bill, and the EV tax credits were designed to grow domestic manufacturing and reduce our reliance on foreign supply chains for the critical minerals needed to produce EV batteries."

As far as battery materials are concerned, the law says 40% of materials must be obtained and processed in the U.S. or from a country that has a free-trade agreement with the U.S. The materials could also be sourced from a North American recycling facility. Beginning in 2027, the requirement rises to 80%.

At this point, some 40 new EVs are eligible for the full $7,500 credit. However, if Manchin gets his way, very few vehicles will qualify. In fact, there's a chance not a single fully electric car in the U.S. will be eligible for some time.

Meanwhile, some gas-powered plug-ins with small batteries and almost no electric driving range could be eligible for the full credit.

Manchin is also concerned about various loopholes that may allow extra wiggle room for leases, thanks to confusing guidance about a commercial EV tax credit versus the consumer credit.

Manchin put the Treasury Department on notice, saying, "Instead of trying to find loopholes within these credits, domestic automakers should be seizing the opportunity to solidify our country's role as the automotive superpower we can and should be."