On The Lighter Side: Chip Foose Hot Rods A Volkswagen Beetle

Ah, Chip Foose, the guy who often does beautiful work in metal but so often goes off the rails when working with markers.

Part of me feels like sometimes he’s trolling everyone, like the time he made a first-gen Ford Bronco into a low-riding cruiser or injected all kinds of BMW M3 styling into the classic Mini. It’s like he’s begging for people to criticize his work, which I believe he can take or he wouldn’t still be in the game after all these years. Unfortunately, some of his followers can’t bare to see anyone not worship their idol. 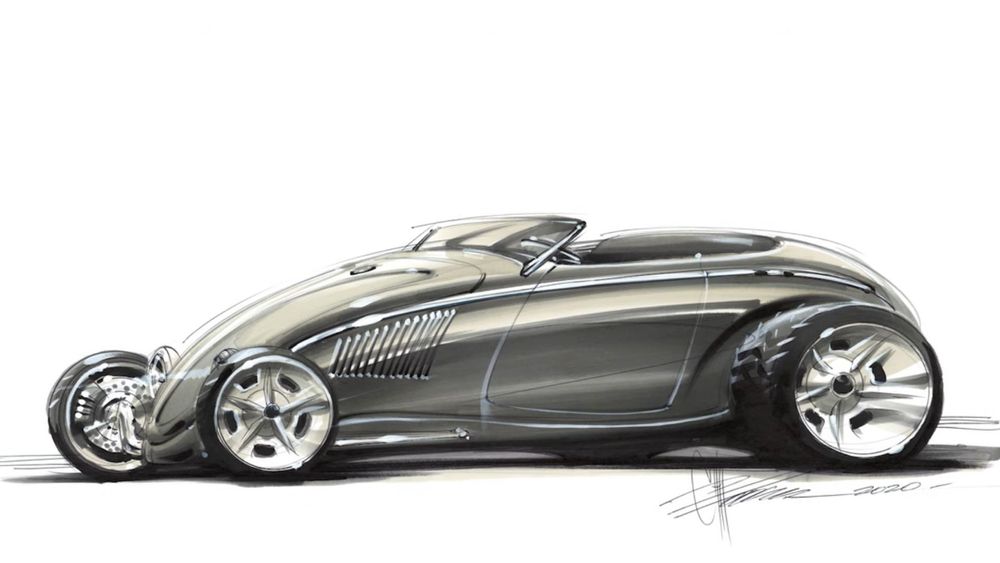 Yep, this is another episode of Chip Foose Draws A Car where he starts getting whacky. I get it, as a creative person sometimes it’s fun to cut loose and destroy all the boundaries, and if you view this design exercise in that light then it’s kind of entertaining. However, if you imagine the result in real life it might be more like watching Jurassic World on loop for 5 days straight.

Seeing an automotive icon violated so wantonly can be difficult for some. Foose argues the classic Beetle is like the German ’32 Ford and he has a point. People have chopped these cars...

...up to create all sorts of weird contraptions, usually dropping in a much more powerful engine (and that’s not too difficult to come by, considering). Plus, they’re common and relatively affordable, but the Toyota Camry is even more ubiquitous (do that one next, Foose!). 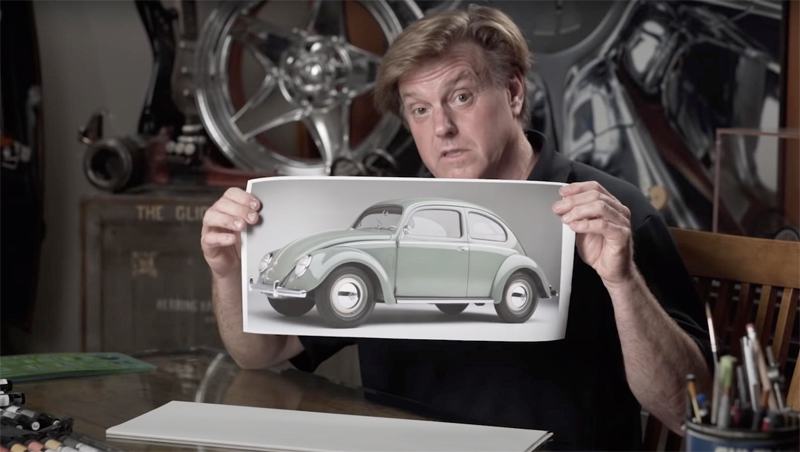 Pretty much the only thing Foose keeps stock about the Beetle is the front hood, doors, and rear quarter panels. Some will think his radical redesign of the classic into an American-style hot rod roadster is brilliant.

Others will be absolutely offended by it. And still other people will not have read this far, probably because they already saw the screen grab of the final product, smirked, and are off to other wonderful Motorious articles. However, I don’t think the final result is half bad. In fact, someone should try building something like this and we can see how it turns out in the real world. Maybe that someone should be Foose?