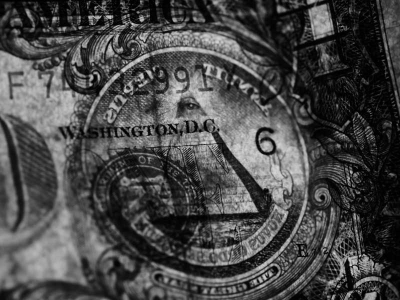 From the Desk of Mike Anderson: When it Comes to Auto Body Shop Technician Compensation, Something Has to Change

I’ll tell you up front: I’m going to be repeating those four words a number of times as you read through this article.

I have a family member who graduated from high school and went to work for Amazon. He is now 21, making more than $100,000 a year. He has stock options and they pay 100% of his health insurance. And they pay for all of his college. That’s what we’re competing against when we’re trying to recruit young people into our industry.

I know a body tech who got out of the industry to work as a truck driver. He’s making more than $100,000 a year now. And he doesn’t have to buy any tools. He told me, “I have a lot less stress, Mike.”

There’s a convenience store at the gas station near my home. That store starts people at $18 an hour. Just to work at a gas station convenience store. That’s almost $40,000 a year. Plus health insurance. There’s no liability in that work, and they’re not exposed to hazardous materials. They also offer up to $10,000 a year for child care reimbursement.

Yet I talk to auto body shops trying to start people out at $10 to $15 per hour. That model is broken. Our industry has got to be able to offer a more competitive wage as well as better benefits.

Now I understand: We can’t compensate fairly unless we are being compensated fairly. This is absolutely not an anti-insurance article. It’s not. But at the end of the day, either labor rates have to start to come in line with what we need to compensate more fairly, shops have got to be paid for more not-included operations, or some combination of the two. Somehow we need to collect additional funds to be able to recruit and retain people.

I think we will see shops change who they do business with over this issue. They almost have to. I know one MSO has already told investors they’ve dropped some direct repair programs with “lower-margin clients that are not willing to increase pricing.”

I’ve also heard from shops saying a competitor in their market is offering signing bonuses of as much as $10,000. I don’t believe in stealing fish from another man’s pond. That’s not the solution. What we need to do is recruit by offering a more competitive compensation package.

The problem is only getting worse. We all know body labor rates have been lower than those in the mechanical industry because of body techs being able to work at 135% or 150% efficiency. But as we see less "repair" and more "replace," technicians' efficiencies are dropping. If it pays you five hours to replace a door, it takes you every bit of those five hours. A technician can turn a screwdriver, wrench or other tool only so fast.

The space required for the work has increased. It takes three times the space of an average auto body shop stall just to perform calibrations.

The skills needed are also increasing. We need a much higher caliber person doing everything from the OEM procedure research to the final ADAS calibrations.

“It’s not just body work,” Susanna Gotsch of CCC Intelligent Solutions said at the MSO Symposium in November. “It’s mechanical work, the knowledge of electronics, understanding how telematics and the systems of the car work, how to read the manuals from the OEMs. All of that requires a higher set of training and tooling. That cost will have to be passed on. So I think we’re going to see more inflation on labor. I think that’s going to start to find its way into appraisals as well. It just has to.”

My friends and colleagues, the industry model we have right now is broken, in terms of labor rates and compensation packages. I don’t know the answer. I’ve got some ideas, I’ve got some thoughts. But I do know this: