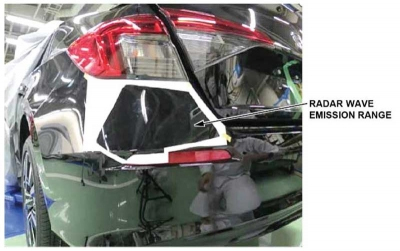 From the Desk of Mike Anderson: Researching OEM Procedures for the Paint Shop

One of the things I think our collision repair industry has been making small strides in is researching OEM repair procedures. I don’t think we’re where we need to be on that yet---every repair on every vehicle every time---but we’re making small strides.

But one thing I think even fewer people are thinking about and doing is researching OEM repair procedures from a refinish perspective.

One example: This will hopefully not come as news to repairers in markets with significant numbers of hybrid and electric vehicles, but automakers generally have very defined limits on the curing times and temperatures for electric vehicles. As with so many things, these limits can vary not just by automaker, but even among different models from the same automaker.

Audi, for example, indicates the lithium-ion battery in its 2017 Q5 Quattro hybrid is functional only up to 131 degrees, and can be damaged when the temperature goes above 158 degrees.

“In order to not exceed 158 degrees, do not leave an Audi high voltage vehicle longer than 60 minutes in the paint drying cabin,” the automaker’s documentation states.

Acura states when drying a 2016 RLX AWD hybrid in a heated paint booth, “make sure the temperature does not exceed 149 degrees.”

In documentation for the 2017 Chevrolet Volt, it’s clearly stated, “General Motors does not recommend baking the Volt vehicle for more than 60 minutes at 160 degrees. Damage to the high voltage battery may occur.”

“During refinishing operations, the paint booth temperature must be set at or below 140 degrees with a bake time of 45 minutes or less,” Ford states about its 2017 Fusion hybrid.

So it’s important as you repair electric and hybrid vehicles that you understand you need to make sure you research the procedures from a refinish perspective to understand the curing limitations.

Another example: key fobs. If you read a lot of the owners’ manuals or OEM repair procedures, they will say not to leave a key fob in a spray booth because if you have the heat cranked up too much, it can damage the key fob.

Some other refinish-related research you should be doing:

Cure time limitation for adhesives. As with paint curing, there are often strict parameters that need to be followed.

Limited-use toners. With OEMs introducing more and more unique colors, shops are more likely to have a need for a limited-use toner, one they don’t keep in stock because it is used infrequently. If you don’t do the research early in the process to determine if there is a need for such a toner, you’re likely to run into delays in production.

Paint precautions around sensors. Honda’s 2022 Civic has areas on both ends of the repair bumper where variations in paint thickness can significantly impact the performance of the blind spot information sensors. Honda provides a printable template technicians can tape onto the bumper to determine where the radar wave area is. That means no blending of primer or color can be done in that area.

All this makes it pretty clear: We need to be researching OEM procedures from a refinish perspective, not just from a body or mechanical perspective.