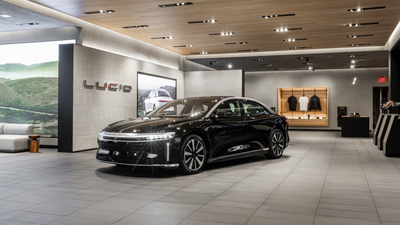 On Dec. 19, an Illinois state trial court issued an order dismissing, with prejudice, a complaint filed by the Illinois Automobile Dealers Association (IADA) and numerous individual franchised dealers against Rivian, Lucid and the Illinois Secretary of State.

In their complaint, plaintiffs sought a declaration that Illinois law requires Rivian and Lucid to sell new motor vehicles only through franchised dealers, an injunction prohibiting them from selling vehicles directly to consumers in Illinois, and an order directing the Secretary of State to revoke the licenses that had been issued to them.

Several years earlier, the IADA had challenged the issuance of a dealer license to Tesla---another EV manufacturer that uses a direct-to-consumer model---but ultimately joined an administrative consent decree allowing Tesla to continue operating 13 dealerships in Illinois.

While the parties spent “significant argument on the policy merits of their respective positions,” the court framed the dispute as whether relevant Illinois law prohibited the direct-to-consumer business model proposed by Rivian and Lucid.

Under Illinois law, all persons must be licensed to sell new motor vehicles and no person can obtain such a license unless it has a written contract with a manufacturer to sell vehicles and an established place of business.

Plaintiffs argued the only persons who may be licensed under this provision are franchisees, because a manufacturer cannot contract with itself to sell new motor vehicles. The court disagreed, holding the mandatory contract provision does not apply to manufacturers seeking to sell their own products and no other statutory language specifically prohibits manufacturers from being licensed motor vehicle dealers.

The court found the Illinois legislature could have excluded manufacturers from selling vehicles or obtaining a dealer license but did not do so, and held “the court declines to nevertheless read such an exclusion into the law via a tortured application of inapplicable requirements.”

The court also noted the Illinois legislature, in 2017, rejected an amendment the IADA proposed that would have explicitly prohibited manufacturers from selling vehicles similar to what other states---such as Iowa, Louisiana, Michigan and South Carolina---have enacted. The court appeared to chide IADA for seeking to prevent Rivian and Lucid from obtaining dealer licenses, when it had previously agreed Tesla could sell direct to consumers.

The court also rejected plaintiffs’ claim that allowing Rivian and Lucid to sell direct violates their due process rights by creating a “bypass system” that harms the “established franchise system,” holding that these terms have no basis in law and “there is no statutory requirement to participate in that ‘[established franchise] system.’”

The court also commented it is unclear how unfair competition concerns between manufacturers with their own franchisees would apply to manufacturers, like Rivian and Lucid, that sell their own vehicles.

While the court held Illinois law does not prohibit a newly-established manufacturer from obtaining a dealer’s license and Rivian and Lucid may continue to sell direct to consumers in Illinois, it did not specifically address whether unfair competition concerns would prohibit traditional OEMs, with existing franchisees, from selling vehicles directly to consumers in Illinois.

In that regard, the court did not confront whether permitting a manufacturer to act as a dealer of its own products would undercut the act’s prohibition on a manufacturer owning or operating a place of business as a motor vehicle franchisee or the act’s limitation on manufacturers granting an additional franchise in the relevant market area of an existing franchisee.

Those prohibitions are not implicated in the case of a newly-established manufacturer which does not intend to establish franchised dealers, but franchisees will likely argue they prohibit a traditional OEM with an established franchise network from attempting to act as a dealer of its own products.

Stay tuned, as the plaintiffs are sure to appeal this decision.