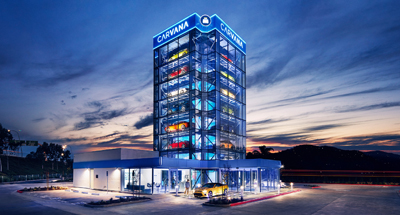 A settlement agreement was reached Jan. 24 between Illinois and online used-car retailer Carvana, which admitted to violating state law and agreed to abide by new restrictions aimed at protecting consumers.

Illinois was the first state in the nation to suspend Carvana's license in May 2022.

The settlement was announced by Illinois Secretary of State Alexi Giannoulias.

"The admission by Carvana demonstrates what we knew all along: that Carvana was violating the law in a manner that was harmful to Illinois consumers," Giannoulias said. "Under my administration, I will do everything to ensure that proper safeguards are in place that protect Illinois consumers regardless of how they purchase a vehicle."

Illinois began investigating Carvana's practices in February 2022 after customers alleged it was issuing out-of-state temporary registration permits and for failing to transfer titles in a timely manner as required by the state's vehicle code.

The agreement also calls for Carvana to: adhere to Illinois law in the future; surrender its $250,000 bond; and allow for pre- and post-licensing Secretary of State Police inspections to ensure it remains in compliance.

Most important, the settlement agreement allows the Illinois Secretary of State to summarily suspend and revoke Carvana's dealership license once again if it fails to comply with either the agreement or the laws.

Giannoulias emphasized that Carvana's actions of putting unregistered license plates on vehicles jeopardized state consumers who were at risk of being ticketed by law enforcement for driving without proper title and registration.

Prior to the settlement agreement, Carvana was allowed to sell cars, but only under strict guidelines set forth by a temporary restraining order granted by a DuPage County judge. Under these guidelines, Carvana was not allowed to issue temporary registration permits or license plates, but was required to register titles through Illinois remitters, which are third-party entities licensed in Illinois to process title transactions. This ensured titles would be processed expeditiously.

Carvana released its own statement on the settlement Jan. 24.

“For the past eight years, we have been an economic engine in the state by providing Illinoisans with an unmatched e-commerce experience that includes great selection, home delivery and a seven-day money back guarantee, and today’s agreement with the Secretary of State allows us to move forward in our journey to becoming the largest automotive retailer,” said Alan Hoffman, Carvana head of corporate affairs. “We look forward to working with Sec. Giannoulias to ensure customers continue having access to the best car buying and selling experience possible.”