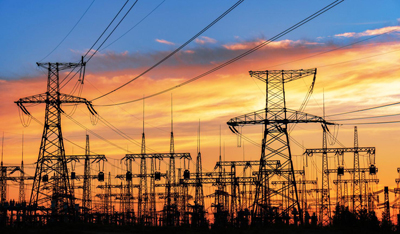 A nonpartisan advocacy organization for upstate New York is raising concerns about the state’s future power grid after a report found demands could stress the system, especially during extreme weather.

Upstate United said in a statement Dec. 2 the state’s future seems “problematic” after the New York Independent System Operator released its 2022 Reliability Needs Assessment the week before. The coalition of business and trade groups cited a push by New York officials to implement a zero-emissions policy by 2040.

The assessment found New York will transition from being a peak summer usage grid, to a peak winter grid by 2034, which is consistent with previous NYISO forecasts.

“This is where things become very problematic for upstate consumers,” Upstate United said in its statement. “On average, winter temperatures for upstate counties reach approximately 20 degrees, according to the National Oceanic and Atmospheric Administration. NYISO’s winter margins fall into negative territory in just six years under a scenario with extreme cold and a gas shortage. That scenario becomes even more disastrous in the following decade.”

The assessment also raises concerns about New York City’s grid in the coming years. However, the metropolis is expected to have more power availability starting in 2026, as the Champlain Hudson Power Express comes online and starts providing power from Hydro Quebec in Canada.

Construction of the nearly 340-mile transmission line began at the end of November. When finished, the project will provide enough power to cover more than 1 million homes and reduce the state’s carbon emissions by 37 million metric tons.

Gov. Kathy Hochul said the new power line will create billions of dollars in economic benefits for the state while fueling a cleaner future.

However, Upstate United said if construction on the power line is delayed by more than two years, New York City would not have enough power to meet its future demands.

“Residents across the state have every right to be concerned about the future of the grid and the state’s energy policies,” the group said. “Millions of New Yorkers rely on the grid every day to power their lives. Without a reliable and resilient grid, the security of New York’s residents and economy are at risk.”