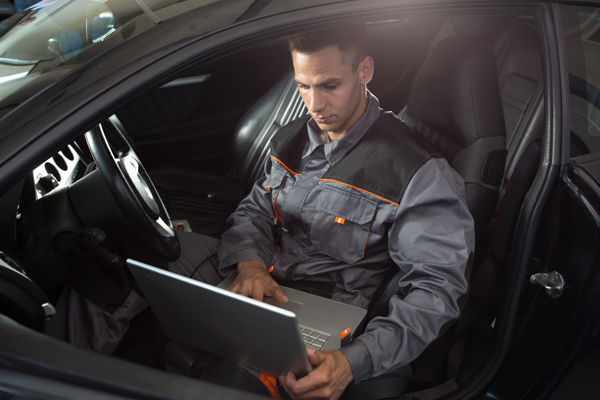 Nick Dominato, a senior vice president at asTech, said he believes collision repairers should be prepared for automakers to broaden their ADAS calibration requirements.

“Because the automakers understand that vehicles are being marketed, sold, driven and experienced via those advanced driver assistance features, and it’s important for safety and the customer experience that those things work after a collision,” Dominato said during a CIECA webcast in January.

He said OEM service information that may have initially called for calibration only after a sensor is removed or replaced, for example, now may say---as in the case of Nissan---that radar sensors must be calibrated “after any repair situation to the front of the vehicle that would cause the radar sensor to be shifted, removed, reinstalled or jolted in the collision.”

He was asked if he foresees automakers shifting toward more self-calibrating systems. He said most sensors have some self-calibration capability, but that post-collision calibrations are not likely to go away.

“A sensor may be able to compensate for mechanical wear and tear, settling of the suspension, or some bumper warping as a result of cold winters or hot summers, things of that nature,” he said. “But when we’re talking about a quarter panel that’s being replaced, or an impact bar that’s smashed as a result of a front-end collision, I don’t think the technology is ever going to get to a place where it can completely self-calibrate.”

During another industry event, Eric Newell, vice president of business development at AirPro Diagnostics, said he believes how calibrations are performed may change.

“I’m from Chicago. Dynamic calibrations are very difficult come this time of year because of snow, inclement weather,” Newell said at an SCRS Repairer Driven Education session during the SEMA Show in Las Vegas. “And the OEMs are seeing it. We’ve had discussions with Tier 1 vendors and OEMs. So we’re predicting that there’s going to be a shift toward more static calibrations as time goes on.”

Newell also discussed what to consider before a collision repair business equips to perform calibrations. If you expect to do retail work for other shops in addition to internal work, Newell said, it may be preferable to set up a calibration center off-site, with a different name, potentially as an LLC or separate business structure, to avoid other shops not wanting to send work to a “competitor.”

“If you’re Newell’s Autobody, I probably wouldn’t name it Newell’s Calibration,” he said.

An off-site facility also gives you some flexibility in terms of location---the back of an office park with little traffic, or a high-traffic street corner with good visibility---and what you will therefore have to spend for rent, signage, building improvements, etc.

For MSOs, he said, a location convenient to all of your shops allows for a hub-and-spoke model.

Alternatively, find a location with a lot of other independent shops within a reasonable radius, Newell suggested. An off-site location and separate business entity makes it easier to get paid when subletting the work to yourself, including transport of the vehicle from your shop and back.

“If it’s your existing business and in your own building, that becomes more difficult,” Newell said.