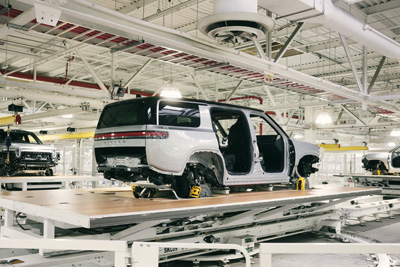 A nonprofit has named Georgia’s decision to give $1.5 billion in incentives for a Rivian Automotive electric vehicle assembly plant 2022’s "Worst Economic Development Deal of the Year."

The Michigan-based Center for Economic Accountability bestows the honor to a government subsidy of a private company that best illustrates the "massive wastefulness and ineffectiveness of government economic development subsidy programs."

In July, Georgia officials filed a petition to validate $15 billion in taxable revenue bonds, which economic development officials planned to use to finance the Rivian project. Seven Morgan County residents filed a motion to intervene, and a judge subsequently ruled against validating the bonds; the state is appealing the ruling.

"In the worst year ever for giant state and local corporate welfare deals across the country, Georgia’s $1.5 billion Rivian subsidy still managed to stand out for the way that bureaucrats and elected officials completely failed in their responsibilities to the state’s residents and taxpayers," CEA President John C. Mozena said in an announcement. "They made a massive, speculative investment of taxpayer money in an early-stage company in a highly competitive and government policy-dependent industry without doing basic due diligence.

"They went to great lengths to get around the fact that Georgia has no law that gives them the authority to hand out property tax breaks," Mozena added. "They didn’t do their homework on the downsides of this project for the communities where the plant would be built, they kept the people who would be impacted the most in the dark until the deal was almost done and then they went to great lengths to keep local leaders from having a say in what happens to their communities."

In announcing the deal, state and company officials said the Rivian plant would begin production in 2024 and the project would create 7,500 jobs with an average wage of $56,000. Despite the bond validation ruling, site grading for the $5 billion plant at Stanton Springs North along Interstate 20 near Social Circle began in the early fall.

According to court records, economic development officials did not consider Rivian’s billions in losses when plowing ahead with the deal. While state officials expressed reservations about how the company would pay for its part, their tune changed following Rivian’s IPO in the fall of 2021.

The ruling revealed the JDA did not tap a third party to assess Rivian’s financial viability, and the state did not analyze the plant’s impact on local governments and their expenses.

"One of the big things that stands out about this deal is that a judge got agency bureaucrats on the record effectively admitting that they did about the same amount of due diligence into a speculative investment with a billion and a half of taxpayer dollars as we’d expect from some diamond-hands meme stock trader on Reddit," Mozena said.

"It’s worth noting that virtually everything we know about this deal is thanks to a judge doing her job and making sure that government agencies had to answer hard questions under oath," Mozena added. "In a year where there were four times as many multi-billion dollar subsidy deals than ever before, we have to ask just what we’d discover elsewhere around the country if we had the same kind of transparency into every deal."

A spokesman for Georgia Gov. Brian Kemp, a Republican, passed on the opportunity to comment on the award, and representatives for GDEcD did not respond to a request for comment.