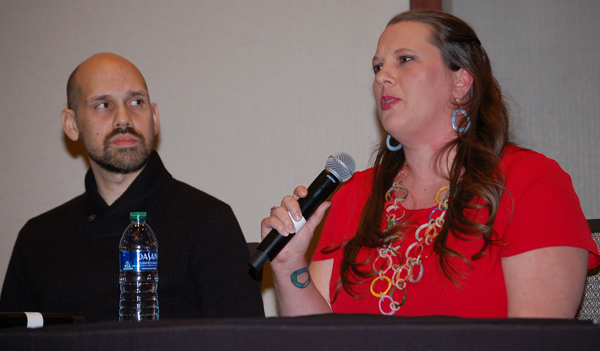 Matthew and Marcia Seebachan are a Texas couple who, in the fall of 2017, were awarded $42 million by a jury in a lawsuit against a Dallas-area dealership body shop over auto accident injuries they said were exacerbated by faulty prior collision repairs made to their vehicle.

Within days of the verdict, the couple filed another lawsuit, alleging State Farm pushed John Eagle Collision Center to make those repairs as they did. They settled that lawsuit in October of 2018; terms of the settlement were not disclosed.

The case hinged largely on the shop’s failure to follow OEM repair procedures, specifically the use of structural adhesive---rather than welds, as called for by the automaker---to attach a replacement roof to a 2010 Honda Fit after a 2012 hail-related claim.

The Seebachans later purchased that vehicle, and argued successfully in their lawsuit against the dealership shop that their injuries in a subsequent accident were more severe because the roof separated and failed to protect them as it would have if Honda repair procedures had been followed.

As part of their argument in the lawsuit against State Farm, the couple cited the director of the John Eagle Collision Center who indicated the insurer can “trump” OEM repair procedures based on payment practices.

“Well, unfortunately, we’re guided by insurance,” the shop’s director said in a deposition in the original lawsuit. “So…if you brought your car into my shop, the insurance company’s going to dictate…how we’re going to repair your car.”

The director was asked if the insurer can trump the OEM procedures.

A spokesperson for State Farm declined to comment on the settlement; the company had previously said the allegations against the insurer in the lawsuit were “not supported by the facts.”

Speaking at industry events in 2017 and 2018 prior to the settlement with State Farm, Texas attorney Todd Tracy, who represented the Seebachans in both lawsuits, said the lawsuit against State Farm would change the dynamics of shop-insurer relationships.

Beginning in 2019, the Collision Industry Conference (CIC) has had an empty chair on the dais at the quarterly meetings as a reminder to attendees of an important industry constituent not generally represented at the meetings: the consumer. Then-chairman Jeff Peevy implemented the idea in part because of what happened to the Seebachans.

“Those families who ride in the cars that our industry repairs should be at the forefront of our thoughts,” Peevy said.

Later that year, he invited the Seebachans to speak at CIC.

“There’s no telling how many lives you have saved because of your strength and courage and willingness to come here and tell your story,” Peevy told the couple.

Marcia Seebachan told the CIC audience she knows many people undergo traumatic experiences without being given an opportunity, as she feels she and Matthew have had, to create some positive outcome from those experiences.

“We’re grateful for everyone being willing to sit in this space with us and hear our story, and hope you walk away with it when you make decisions in your practices,” she said. “That’s all we can hope for, is that you’ll remember that.”