A local woman who is accused of embezzling more than $400,000 from a well-known local auto body company in Yuma, AZ, and nearly causing it to go out of business appeared in court for her sentencing Wednesday, July 24, but instead moved the appearance to an aggravation mitigation hearing following the victim's statement made in court. 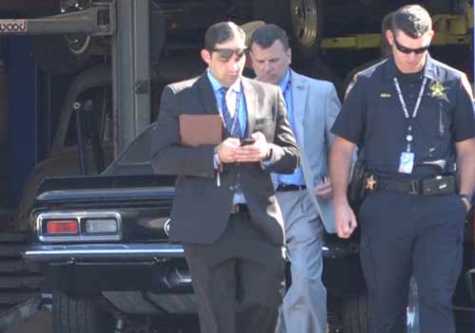 At their July 15 public meeting, the Texas Commission of Licensing and Regulation voted to revoke a Houston company’s vehicle storage facility (VSF) license because of its dishonest and fraudulent conduct.

The largest training conference in the country, the National Institute for Automotive Service Excellence (ASE) Instructor Training Conference, is off to a great start at the Embassy Suites in Frisco, Texas.

Auto insurance rates are dropping across Louisiana, a recent announcement from the insurance commissioner states, but the decreases are unrelated to the need for reform.

The big hunk of metal in the garage that’s transportation for many, an investment for some and a baby for others is all of those things to Joseph “Joey” Barry, a Doherty High School senior.

It’s got to sting a little for an insurance lawyer when an appellate ruling begins like this.

The Better Business Bureau (BBB) is investigating a Lakewood, CO, auto body shop after a customer said the shop not only did not finish repairs on his car, but the business owner took parts from it.

A new law in Louisiana aims to ensure that auto insurance policyholders have the option to choose a particular motor vehicle repair shop.