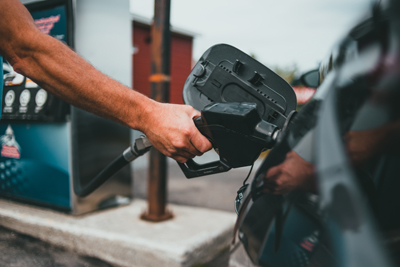 Connecticut motorists will continue to see relief at the pumps after the state Legislature approved an extension of the gas tax holiday until next year.

Meeting in a special session Nov. 28, the Democrat controlled House and Senate approved a proposal to waive the 25 cents per gallon retail tax on gasoline until Dec. 31. The gas tax holiday, which was initially approved in April, was set to expire Nov. 30.

Under the plan, which is backed by Democratic Gov. Ned Lamont, the state will begin to reinstate the tax by five cents a month beginning in January, until it reaches the full 25 cents per gallon tax on May 1, according to the proposal. Lamont must still sign the legislation.

Republican lawmakers in the House and Senate pushed to amend the legislation to waive the retail gasoline tax through June 30, but Democratic leaders rejected the plan.

Democratic leaders pledged to revisit the issue in the spring, to determine whether the gas tax holiday could be extended beyond May 1.

A perfect storm of supply chain disruptions, record high inflation levels and the impact of Russia’s war in Ukraine on global oil markets are behind higher gas prices, experts say.

Gas prices in Connecticut were averaging about $3.61 per gallon in the week before the special session, compared to $3.55 a year ago, according to the AAA of the Northeast’s weekly survey of gas stations. It's about 10 cents higher than the national average for the previous week, AAA said.

Overall, Connecticut drivers pay 54.14 cents per gallon in gas taxes, including state and federal charges, according to the American Petroleum Institute.

While the respite from the state gas tax will keep prices at the pumps under $4 per gallon, it will come at a cost to the state, which estimates it will forfeit about $30 million a month.

Lawmakers also approved a proposal to provide up to $35 million in state funds for the Low-Income Home Energy Assistance Program, which helps low-income families pay winter heating bills and other energy costs.

To date, Connecticut has received $94 million from the federally funded program but advocates say more money is needed to help low-income energy consumers with electricity prices expected to spike this winter.

On Nov. 28, Republican lawmakers successfully amended the bill to increase LIHEAP funding by more than $90 million.