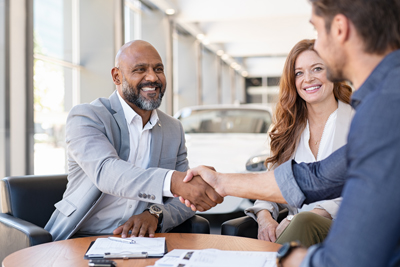 U.S. automobile dealer sentiment in the fourth quarter of 2022 dropped to the lowest level since the start of the COVID-19 pandemic, according to the Cox Automotive Dealer Sentiment Index (CADSI).

At 43, the current market index is below the threshold of 50, indicating more dealers view the current auto market as weak than strong. The index is down 6 points quarter over quarter, down 17 points year over year, and well below the pre-pandemic average of 48.

The current market index peaked at 67 in Q2 2021 and has been losing momentum every quarter since. U.S. auto dealers indicate their negative view of the market is influenced by the economy, higher interest rates and low inventory.

"High interest rates and a generally slowing economy are clearly weighing heavily on U.S. auto dealers right now," said Jonathan Smoke, Cox Automotive chief economist. "Dealers are normally optimistic, so the drop in the three-month outlook to a new low in our survey history is particularly noteworthy. As the year began, dealers were telling us about one obvious problem: inventory. Now, as 2022 comes to a close, it's all about the economy and interest rates."

The three-month, forward-looking market outlook index dropped from the previous quarter and, at 41, is now at a record low and well below the 64 at the start of the year, in Q1 2022. Additionally, the economy index decreased for the second consecutive quarter to 43 in Q4, down from 45 in the prior quarter and below the positive threshold, indicating a majority of U.S. auto dealers feel the economy is weak.

The overall profit index saw a decline to 44, down from 50 last quarter and down significantly from 57 a year ago. However, the profit index remains higher than the average recorded in the three years prior to the COVID-19 pandemic, which was 41. The profit index continues to be driven by franchised dealers, who believe profits remain particularly strong, at 67. Independent dealers, conversely, now see profits as weak, with an index score of only 37.

In Q4 2022, the cost index---specifically the cost of running a dealership---dipped 3 points quarter over quarter to 72 and decreased 4 points from the record high level in Q2 2022. After reaching a record low in Q2 2020 of 51 at the height of the pandemic, the cost index has been steadily increasing.

Overall inflation in the U.S. economy is clearly contributing to this view. The economy is the leading concern right now, with 62% of dealers citing it as a factor holding back business, up from 53% in Q3, with interest rates (49%), limited inventory (47%), market conditions (46%) and political climate (33%) rounding out the top five.

Inventory Is Noticeably Improving, Sales Are Not

While still historically low, the new-vehicle inventory index improved for franchised dealers in the fourth quarter and is up significantly from one year ago. The index was at 14 in the fourth quarter last year, after hitting an all-time low of 13 in the prior quarter. Now at 53, the new-vehicle inventory index indicates more dealers feel their inventory is growing, not declining. Importantly, the index is above the 50 threshold for the first time since the onset of the pandemic.

Overall, franchised dealers continue to be far more positive about inventory compared to independent dealers, but, consistent with last quarter, limited inventory ranks as one of the top three factors holding back business for dealers in Q4.

One year ago, the index score was 45, meaning more dealers saw the market as poor versus good. The new-vehicle incentives index rose by 3 points quarter over quarter to 25 and has remained relatively stable since Q3 2021. The index reading indicates dealers view OEM incentives as small as opposed to large. For comparison, the incentive index was at 49 in Q4 2019.

Notably, the market outlook for the next three months decreased to an all-time low of 41 in Q4 2022, down from 44 in Q3 and 60 one year ago. The lower score indicates that more dealers feel that the outlook for the next three months is weak, not strong. In fact, the Q4 market outlook index is significantly lower for both franchised and independent dealers year over year and 4 points below the index score from Q2 2020, at the height of the global COVID-19 pandemic.

The quarter-over-quarter decrease in market outlook, however, was driven more by franchised dealers, with an 11-point drop to 48. Independent dealers' already-gloomy outlook dropped another point quarter over quarter to 39, a year-over-year decrease of 18 points.

Overall, the economy is now the top factor holding back business, according to the Q4 2022 CADSI. The factors saw major changes from last quarter, with the top five shifting more toward economic and financial factors.

In fact, in Q4 2022, interest rates jumped to the secondnd position in the list. Limited inventory was in the third position, but its score dropped 9 points quarter over quarter from 56% to 47%, a sign that inventory is improving but still a concern. Market conditions and political climate rounded out the top five.