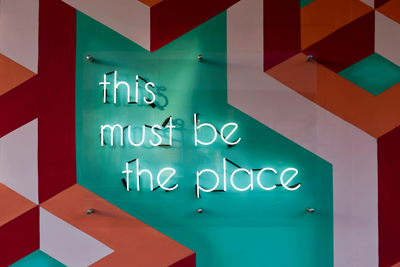 Presenters at online events this fall aimed at dealership service departments offered some information and ideas about employee recruitment and retention that could be equally helpful for collision repair businesses.

Meredith Collins of Carlisle & Company, for example, said that company’s research across multiple automakers’ dealerships found those companies lose an average of 29% of technicians annually.

“So almost a third are leaving dealerships each year,” Collins said. “We’re losing a great deal of money when we lose a single tech [let alone] when you extrapolate it to the whole industry.”

She pointed to several factors driving that turnover. The company’s surveys of technicians found only about a quarter of them expressed satisfaction with their job.

“They overwhelmingly wouldn’t recommend this career, which has implications on our ability to recruit new technicians into this space,” Collins said.

One driver of that dissatisfaction appears to be pay methodologies. She shared a chart showing technicians paid hourly or by salary are more likely to express job satisfaction; those paid flat-rate were the group with the lowest percentage of job satisfaction. She noted those employees pointed to the time they spend at work for which they are not paid.

“What we’ve heard from technicians in the last year is that nearly one third of their time while they are at work is non-compensated time,” she said. "They estimate this is costing them about $17,000 a year on average. So it’s a huge amount of money they see they are leaving on the table.”

But Collins said it’s also not just about the money.

Carlisle & Company also surveys dealership service personnel about their perception of the communication between service advisors and technicians. They found a significant disconnect on this topic, with the majority of service advisors thinking they communicate properly, but fewer than 30% of technicians saying that was the case from their viewpoint. This impacts performance, Collins said.

“The technicians who strongly disagree that they are communicated with well are much less productive than those who say they are,” she said. “They are turning fewer hours, and earning less money if they think that there’s not good communication.”

Another speaker, WrenchWay founder Jay Goninen, said the technician turnover at dealerships is even more problematic than it may seem at first glance.

“What we’re hearing is that it’s not techs just leaving one dealership to go to another. They’re leaving the industry,” Goninen said. “When we’re already coming from behind, it really puts us in a bad position. They have a perception that all shops are the same, and that they’re going to get treated the same way. Some of them have probably experienced that.”

Employers, he said, need to find ways to portray themselves as a different and better place to work, with a well-designed career path for technicians.

“For the longest time, we pinned it on just Millennials wanting to know what their career path is,” he said. “But think about that 55-year-old tech out there, whose body may not be feeling the best right now. You have another 10 years to work. You probably want to know what your career path is more than anybody.”

Having a genuine interest in your employees' goals and interests can’t be something you just talk about, he said.

“If you treat people like a number and are surprised when people are leaving, I think that’s on you,” Goninen said. “You’ve got to be able to be better as a manager and as a leader to really have their best interests in mind.”

A CRASH Network survey earlier this year found one in five collision repair shops had an opening for a detailer, and nearly twice as many were looking to hire a body or paint department apprentice.

Joel Fumo, founder and CEO of Citrin, said all industries are short on this type of hourly, 17- to 24-year-old employee, so collision repair businesses are competing not just with each other for such workers, but also with Target, Costco and Whole Foods.

His Ohio-based company specializes in recruiting for such entry-level positions, primarily for dealerships. He said it requires thinking about what these young people want in a job: a flexible schedule, competitive pay and opportunity for career growth.

“Our benchmark for wages is Chick-fil-A,” he said. “We try to be as close [in pay] as we can to Chick-fil-A in any market.”

Show them people within your organization that have moved up from the type of position you are offering them.

“Testimonials from people they can relate to is huge when it comes to attracting people,” he said.

“Time to hire is everything,” Fumo said. “Make sure you’re quickly getting them on the phone or in for an in-person interview. Get them earning a paycheck as quickly as possible. We see [clients] having up to a two- or three-week hiring cycle. When it comes to hourly employees, they can’t wait around that long for a paycheck.”

Other companies, he said, are converting applications to a new hire in three or four days.

Lastly, he said, your company has to be a place where people want to work.

“Culture is really everything that drives our ability to recruit and retain great people,” he said.