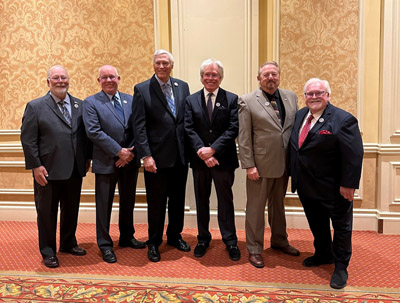 Over the years, the University of the Aftermarket Foundation (UAF) has awarded millions of dollars in scholarships to high school and college students looking for a career in the automotive aftermarket and commercial vehicle industry, by making it easy for them to be considered for scholarships from more than 40 organizations by filling out just one application.

This year, that single application is due March 31, and can be completed on UAF’s website, automotivescholarships.com/apply-online.

Full-time students at an accredited U.S. college or university, or an ASE/NATEF-certified post-secondary automotive, heavy duty or collision repair school, as well as graduating high school seniors planning to attend any of the above full time are eligible for the scholarships. There is no GPA requirement.

Priority in awarding scholarships is given to those pursuing a career in the automotive aftermarket, and sons and daughters of aftermarket industry families.

Students who receive a UAF scholarship are eligible for a second grant upon graduation from their program and after completing six months of employment as a technician in the automotive or heavy-duty industries.

Scholarship recipients for the 2023-24 school year will be announced in June.

Larry Pavey, vice chairman of the UAF Board of Trustees and CEO of Automotive Parts Services Group, said UAF, originally known as the Automotive Warehouse Distributors Association (AWDA) University Foundation, was established in 1986.

“It brought together distributors and manufacturers who wanted to promote education and participation in the automotive aftermarket, with the feeling we were beginning to lose people coming into industry,” Pavey said.

Later, in 2001, the Global Automotive Aftermarket Symposium (GAAS) was formed, Pavey said, also to raise money for and distribute scholarships.

In 2016, GAAS became a part of UAF. Between the two organizations’ histories, both separately and since they combined, more than 5,000 scholarships have been awarded.

“We have scholarships today for every different part of the industry---general tech, focused on diesel, heavy duty, off-road,” Pavey said. “We promote scholarships to anyone who has any kind of aftermarket interest, and work with different suppliers and distributors to make sure we are addressing the entire marketplace.”

Pavey said the UAF gets a few thousand applicants every year.

Teams of 10 volunteers review 100 or 150 applications each. Pavey said he has been managing one of the teams for the last 12 or 15 years, and has seen how the applications have changed over time.

More women than ever are applying for the scholarships, and the educational credentials of the applicants – including GPA and extracurricular activities---has only increased.

“It’s a tremendously better group of students,” Pavey said. “Once you’ve spent a long weekend reviewing 150 scholarships, you feel really good about our industry when you see the quality of people trying to get involved.”

Pavey said he thinks little by little, the automotive aftermarket industry is being seen as a viable career option, as vehicle technology becomes more sophisticated, but he thinks it could still be better promoted.

“The need for techs has never been bigger; the shortfall is the largest it’s ever been,” Pavey said. “The average age of [existing] techs is getting higher. Certainly the numbers are still such that we need a lot more technicians.”

Pavey said the advantage to filling out a single UAF scholarship application means students might win a scholarship they didn’t even realize they qualified for.

“The cool thing about our process is there’s over 40 organizations offering scholarships, and they’re all different,” he said. “A student can be focused on collision, but could also get [a scholarship from] Women in Auto Care. If they’re from Kentucky, they could get one from KIAWA. We’re kind of a one-stop shop for the automotive aftermarket.”

UAF funds the scholarships through a combination of donations and fundraising events. For more information on how to donate, visit uofa-foundation.org/.