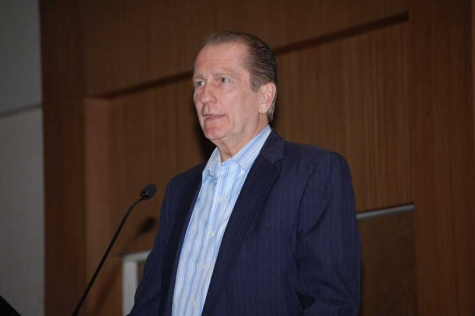 New Automaker Limits on Vehicle Scanning Among Topics at CIC

New automaker restrictions on vehicle scanning, and deciding on OEM or aftermarket scan tools, were among the topics discussed at the Collision Industry Conference (CIC) held in January in Palm Springs, CA.

Jack Rozint, outgoing chairman of CIC’s Emerging Technologies Committee, said at least two automakers will soon announce “secure gateway” systems, similar to one Fiat Chrysler of America has in place, limiting access to vehicles by those seeking to scan vehicles or reprogram modules.

Such systems are “essentially a firewall, similar to one you’d put on your home or office computer network in order to control the access to that network from outside,” Rozint said.

The need for such gateways was clear after the much-publicized hack in 2015 of a Jeep Grand Cherokee that showed such vehicles could be remotely accessed and controlled.

To scan some 2018 and 2019 FCA vehicles---and nearly all 2020 models, Rozint said---shops must be registered with AutoAuth. There is a one-time registration fee of $50 per repair facility for up to six authorized users; additional users each are $2 more.

If not using FCA’s scan tool, a shop must supply the serial number of the scan tool or tools they will be using from among those tools authorized by FCA.

“FCA has limited the registration to only those tools that have a diagnostic license with FCA,” Rozint said. “So if you have a tool and it’s not on the list, it’s probably because the scan tool manufacturer hasn’t registered yet, or they don’t license diagnostic data from FCA.”

Once a shop’s tools and technicians have been authorized through AutoAuth, no other additional steps are required when scanning or reprogramming FCA vehicles, Rozint said.

Other automakers may use different administrators, like AutoAuth, or processes for securing access to their vehicles, he said.

At his final CIC meeting as co-chairman of the Insurer-Repairer Relations Committee, Clint Marlow of Allstate in Palm Springs said vehicle scanning is one topic he feels the industry has come a long way toward reaching consensus on.

“Maybe not as quick as some people would have liked to have seen,” Marlow acknowledged. “From an insurer’s perspective, it’s obvious that the new [vehicle] technology has changed the game. It’s obvious that for the newest vehicles with ADAS, this is going to be part of a proper repair procedure.

"Hopefully the repairers aren’t seeing a lot of disagreement around that any more. I’m not saying you’re always going to get pre- and post-repair scanning on your estimate. But I think most of the time, people who are using a degree of common sense (know when) it is a value-added procedure.”

He cited one of his family’s vehicles, a 2008 Ford F-150, as a vehicle with little technology necessitating a scan despite some vehicle manufacturers’ position statements that “just say ‘any,’ ‘all’ or ‘always.'"

“If my truck came into your shop, and it needed a rear bumper, do we need to put the additional expense of a pre- and post-repair scan on that particular truck? I’d like to think we can think about this logically. Understand the safety systems on the particular truck and make decisions, using the statements as guidance,” Marlow said.

Just minutes later during the discussion, however, CIC attendee Jake Rodenroth of asTech told Marlow he looked up the 2008 Ford F-150 and found 27 initializations, resets and synchronizations the truck is supported with.

"Rather than a (model) year being the driving force (in the decision whether to scan,) maybe it’s the (OEM) operations and the impact (to the vehicle) that says, ‘Clint’s truck has tire pressure monitoring affected, and there’s a scan tool step for that,'" Rodenroth said. "My point is, there are (scanning-related) steps with those cars, too.”

“I like the idea of looking at (the repair) operations, looking beyond the (OEM) position statements and looking at (vehicle) systems,” Marlow said. “On that same bumper on my truck, there certainly was an option to have a rear-sensing system, and my answer (related to scanning) completely changes if that’s the case for that particular truck.”