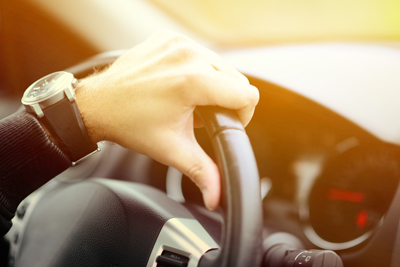 While test driving a vehicle after repairs has long been a fairly standard practice---even before some ADAS calibrations made it a requirement---more auto body shops are billing for the time spent on this procedure, and the number of shops recognizing the need to perform a diagnostic test drive some vehicle prior to repairs is also growing.

Those were among the findings of one of the quarterly “Who Pays for What?” surveys in 2022.

“We have found some OEMs require you to perform a test drive at certain speeds and braking conditions as part of the inspection and testing of the seat belt,” said industry trainer and consultant Mike Anderson of Collision Advice, who conducts the “Who Pays” surveys in conjunction with CRASH Network. “This should be done in advance of the repair plan to avoid supplements and delays.”

A pre-repair test drive, Anderson said, can help a shop spot potential suspension or drivability problems; check the function of autonomous braking, adaptive cruise control and other ADAS features; and ensure set conditions on the vehicle are met prior to pre-repair scanning.

A “Who Pays” survey this past year found about 34% of shops said they are paid “always” or “most of the time” by the eight largest insurers when they bill for the post-repair test drive, a “not-included” labor operation. That’s nearly tripled since 2015, when just 13% of shops said they were regularly paid for the labor time the test drive required.

Fewer shops---just 22%---who bill for a pre-repair “test drive for diagnostics” procedure currently are paid “always” or “most of the time,” but that’s twice the percentage that said that was true back in 2017.

Despite that change, and the increasing importance of performing a test drive prior to repairs, about seven in 10 shops acknowledge they have never billed for the procedure, a percentage virtually unchanged from five years ago.

The survey also found the percentage of shops regularly being paid an administrative fee to process total losses has increased for seven consecutive years.

When the “Who Pays” surveys began in 2015, only 46% of shops said they were paid “always” or “most of the time” when they billed insurers a fee for processing total loss vehicles, and nearly one in three (30%) never negotiated with an insurer for such a fee. In 2022, the survey found 74% of shops that negotiate for administrative fees say they are regularly reimbursed by the eight largest insurers. Only 14% have still never attempted to charge a fee.

“The steps involved in processing a total loss are more involved today than they were years ago,” Anderson said. “We now see shops itemizing for procedures such as a thorough tear-down, OEM research time, parts cart storage and other expenses that are absolutely something shops should be reimbursed for, unless they negotiated to perform these services for free as part of a direct repair agreement.”

The difference in reimbursement frequency among the top eight insurers is not major. State Farm, now the most frequent payer, is regularly reimbursing 78% of the shops that negotiate to be paid for it---up from 37% in 2015---while 69% of shops say GEICO, the least likely to pay the administrative fee, does so, up from just 49% in 2015.

“Charging an ‘administrative fee’ is not legal in every state, so there has been some industry discussion regarding the best way to be reimbursed for these expenses from a legal perspective,” Anderson said.

He also said insurers are increasingly determining if a vehicle is likely a total loss at the first notice of loss, meaning fewer of those vehicles even make it into a shop.