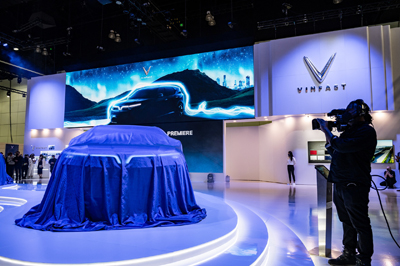 Numerous automakers are expected to unveil new and upcoming models at the Los Angeles Auto Show in November, and electric vehicles will take center stage.

According to L.A. Business First, the Los Angeles Auto Show---also known as the AutoMobility Los Angeles (AMLA) event---will host unveilings from Subaru, Hyundai, Fiat, Kia, Genesis and Vinfast. Porsche, Volkswagen and Toyota will reveal new vehicles only days before the show opens Nov. 18. Some of the unveilings will likely be electric offerings.

Notably not listed is Tesla. Despite rumors about a next-generation Tesla Roadster being a part of the show, as perhaps hinted at by the event’s banner, Tesla has made no indication such an unveiling will occur.

The Hyundai family of brands---Hyundai, Kia and Genesis---is most likely to be showing off new electric offerings, having recently revealed new EVs, including the Hyundai IONIQ 6, the Hyundai Concept 74 and the Kia EV9. It remains unclear if the company has more to show before the end of the year or if it will be introducing vehicles already available for sale elsewhere.

Porsche may be unveiling a new EV or new trim for the Taycan. A hot new performance model of the Taycan, likely a GT variant of some kind, has been spotted at Porsche’s testing facility at the Nurburgring, and rumors of an electric Porsche Macan have been circulating for months.

EV enthusiasts should not hold their breath for new EVs from the likes of Subaru, Volkswagen or Toyota. As reported recently, Toyota has temporarily frozen the development of its new EVs. Subaru has not indicated it plan to introduce another EV anytime soon. And Volkswagen has made it imminently clear that, other than the upcoming Volkswagen ID. Buzz and possibly an electric pickup, it has no motivation to start shipping Volkswagen ID.3s or the like to the U.S.