After the Donation: She Still Has the Car After 19 Years! 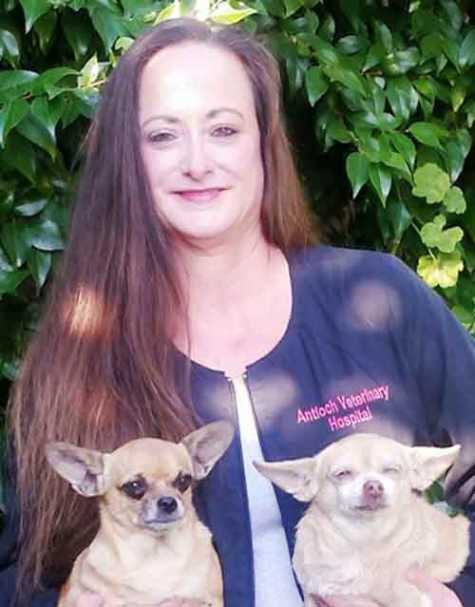 Denise Rios (here with Nina and Bella) received a 1994 Honda Accord in 2000 from Mike’s Auto Body that she still has in her family with 150,000 miles on it. Ed Attanasio

In 2000, Mike’s Auto Body, an MSO with 16 locations in the San Francisco Bay Area, donated a completely refurbished vehicle to Denise Rios and her family as part of Mike's Auto Body's Benevolence Program, currently celebrating its 19th anniversary.

The MSO will kick off this annual program on Veteran's Day and will again give more cars away during the holidays. After presenting more than 80 cars to deserving individuals, families and non-profit organizations, Mike’s Benevolence Program is likely the largest of its type in the country.

The story began 19 years ago when Mike’s presented Rios with a 1994 Honda Accord, a vehicle that she still uses as her daily driver. After all those years and so many miles, Rios and her family don’t want to part with the Accord.

“We can’t get rid of it, because it still runs well, even though we have worked it hard for many years,” she said. “All of my children have used the car and it has helped us in so many ways; it’s hard to believe how much reliable transportation can change your life.”

Rios’ life in the early 2000s before receiving the vehicle was a roller coaster. First, she had to shuttle her three children (Christine, Curtis and Ryan) off to their respective schools, and then to her classes at Diablo Valley College located in Pleasant Hill, CA, followed by another bus ride to her job as a vet assistant. "I was spending a lot of time taking buses and taxis and they didn’t have Uber back then either,” she said. “My college classes started at 8 a.m. every day and sometimes I had to literally run to get to them on time. Diablo Valley College is only ten minutes from my house, but on some days it took more than an hour for me to get there. I look back at it now and it's difficult for me to believe that I was able to do it all without a car."

For the past 27 years, Rios has been working as a vet assistant and a receptionist at Antioch Veterinary Hospital with three locations in the East Bay. "I’m really proud of the fact that I’ve been at the same job for so long," she said. “The car that Mike’s Auto Body gave me played a big part of that, because it allowed me to get to work without car breakdowns or delayed buses, for example.”

Rios has always had a strong connection with pets, especially those with ailments or who are handicapped, she said. "I have been pet sitting for more than ten years now, taking care of an elderly cat that has diabetes and other cats and dogs who require special attention. Many of my clients give me the keys to their homes and know that they can count on me, because I love the job.”

As the owner of two feisty Chihuahuas named Nina and Bella, and too many cats to mention, Rios lives to help animals every day at her job and at home. She loves giving back as a way of “paying it forward” after Mike’s helped her out during a time when she needed it the most. As a result, she works with several pet non-profit organizations at Antioch Veteran Hospital, including groups such as Animal Rescue Recon, Halo and Harp, and Ozzie Pound Puppies, among others.

“Getting dogs and cats adopted is always fulfilling—I never get tired of it,” Rios said. “There are a lot of good owners and a ton of wonderful pets out there in the Bay Area that have lost their homes for whatever reason. So, when we find a good match, it’s very satisfying.

Since receiving her Honda Accord, Rios’ entire family has been able to use the vehicle to enhance all of their lives, she said. "It has more than 150,000 miles on it and for many years it was like a member of our family. A few many years ago, it was stolen at my son's school in Pittsburg and we thought we’d never get it back. But, a few days later the police called us and said they found it totally unharmed.”

Rios is proud to be the first recipient of a Benevolence car, something she will always cherish, she said. "The people at Mike’s Auto Body are exceptional human beings. They have a successful company and they’re obviously very busy with their business and their families, but they still take the time and make the effort to help the community and people like me!”

The entire family has used the vehicle to enhance their lives and achieve their goals, in some cases. “My son drove it to school and his job and my daughter drove it as well, so it has helped all of us,” Rios said.” As a single mother, this car was a godsend!”