Written by Kalea Hall and Ian Thibodeau, The Detroit News 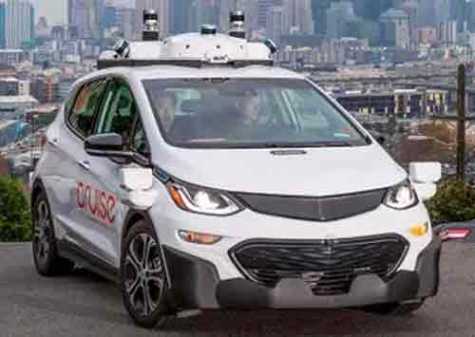 A delay in General Motors Co.'s deployment of its self-driving vehicles is fueling increased skepticism that self-driving cars are not ready to ply America’s roads.

GM Cruise LLC, the autonomous-vehicle unit of General Motors Co., confirmed Wednesday, July 24 it will delay indefinitely its plan to deploy driverless taxis in the streets of San Francisco — explicit acknowledgement that hype generated by tech enthusiasts and investors is outpacing both engineering reality and safety concerns.

"The technology is simply not ready yet," said Sam Abuelsamid, principal analyst at Navigant Research who focuses on mobility. "It is not sufficiently safe, reliable and robust to be able to handle all these situations that people are going to encounter in the real world."

The Detroit automaker set a self-imposed deadline of year-end to launch a self-driving taxi service from the GM Cruise unit. In a blog post, Cruise CEO Dan Ammann wrote that the company would need to increase its testing and validation miles to reach "the level of performance and safety validation required to deploy a fully driverless service."

That means the company won't begin the taxi service this year. Ammann did not set a new timeline. The news comes as industry leaders and experts become increasingly cautious about the speed at which autonomous vehicles will hit roadways around the world.

"It is not surprising that they have had some delay," Autotrader Executive Analyst Michelle Krebs said. "I think most people are in agreement that a few years ago everybody got too exuberant on how quickly self-driving cars would get on the roads."

GM's timeline for autonomous-vehicle deployment had been one of the most ambitious of any major automaker. When it first announced the 2019 launch, GM was poised to beat crosstown rival Ford Motor Co. to market by two years. The Detroit automaker and its Cruise team attracted major investment and garnered favor on Wall Street for its approach to developing autonomous vehicles.

"If we do this right in our first deployment it’s going to allow us to move faster everywhere else," Cruise spokesman Ray Wert said. "We've got to win the tech race and the trust race."

Previous Page Next Page »
Read 857 times
back to top