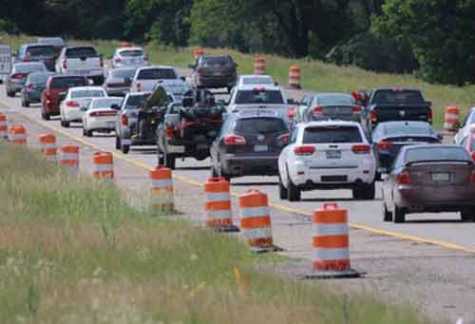 Ford and three other automakers reached a deal with California on gas and emissions standards. Ryan Garza, Detroit Free Press

Ford, Volkswagen, BMW and Honda have reached a deal with California to increase gas mileage standards and reduce greenhouse gas emissions, creating a template for a national standard, a longtime auto industry goal.

“The Trump Administration believes strongly in a national fuel standard that promotes safer, cleaner and more affordable vehicles. The federal government, not a single state, should set this standard. We are moving forward to finalize a rule for the benefit of all Americans,” said Judd Deere, a White House spokesman.

Notably, the deal "recognizes California's authority" and would increase the average fuel economy of the automakers' new vehicle fleets to almost 50 mpg by model year 2026. During a conference call Thursday, July 25 with California Gov. Gavin Newsom and CARB Chair Mary Nichols, officials noted that the Trump Administration's plan would bring that only to an average of 37 mpg by that time.

The deal would stretch out the timeline for the improvement on the standards by a year from the Obama-era rules and would only apply if the administration follows through on its rewrite, which Newsom indicated has no justification since automakers themselves are willing to abide by more stringent rules.

Newsom called the deal a game changer and said California is asserting itself while reserving its rights to litigate.

"Regardless about what the Trump Administration determines in the next few weeks, this is the direction we’re headed in," he said.

Newsom praised the four companies' "significant leadership" and said they deserve "enormous credit." He said he anticipates additional companies signing on and the release noted that the deal is available to others.

The four automakers issued a statement touting the deal's benefits.

Previous Page Next Page »
Read 477 times
back to top