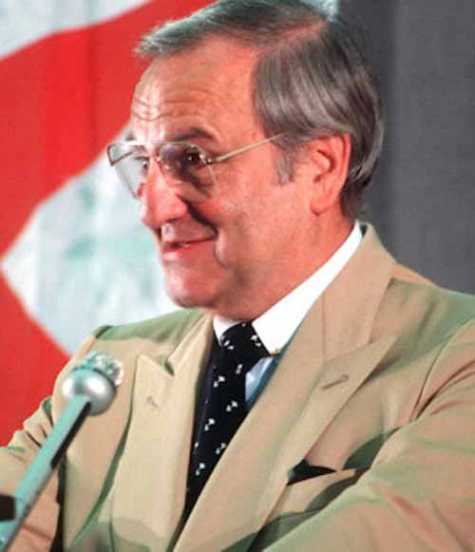 World-famous American Auto Executive, Lee Iacocca, passed away in his Bel Air home in California due to complications with Parkinson's, according to his daughter Lia Iacocca Assad.

Iacocca will forever be known as Ford Mustang's godfather and for saving Chrysler from bankruptcy.

Who Was Lee Iacocca?

Born in Allentown, PA, in 1924 to Italian immigrant parents, Iacocca joined Ford Motor Company in 1946 as an engineer. He later switched to sales, focusing on his excellent flair for marketing.

He made good use of his marketing strengths and famously came up with the "56 for '56" campaign in the mid-50s.

The campaign offered buyers a 1956 Ford with 20 percent down and three years to pay for the car, in installments of $56 each month.

The plan was a huge success and placed Iacocca on the automotive map loud and clear.

A little under ten years later, in 1964, Iacocca appeared on the front covers of Time and Newsweek magazines due to his marketing and sales prowess and ingenuity.

It wasn't all ease and grace for him though, as his career took a dip in 1978 when Henry Ford II fired Iacocca, and famously responded: "Well, sometimes you just don't like somebody."

It didn't take long for Iacocca to get back on his own two feet though. In 1979 he took over Chrysler Corporation, who were in dire straits economically.

Iacocca worked hard and long and ultimately pulled the company out and over the hump with a $1.5 billion government bailout. At the time, he was also famous for only accepting $1 as a yearly salary while the company got back on its feet.

It was all worth it. In 1983 he declared that Chrysler had paid back the government loans, seven years earlier than planned.

In 1992, Iacocca retired and lived the rest of his peaceful life in his stylish Bel Air home, where he had the time to write a book "Where Have All the Leaders Gone?" which was published in 2007.

Iacocca was married three times. His first wife, Mary, passed away due to diabetes in 1983, which prompted him to start a family foundation to fight the disease.