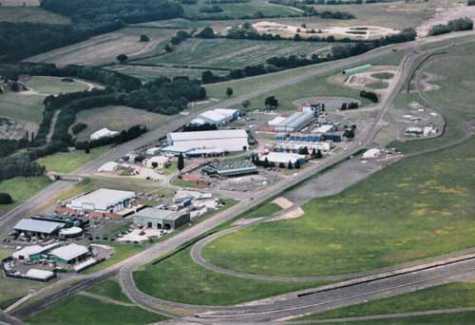 For years, there was an idea to build up to 10,000 homes along State Route 25 near the San Benito-Santa Clara County line in California.

But now, it seems that idea is being abandoned for something else: a massive testing facility for autonomous vehicles.

Almost exactly a year after Bristol SB LLC appeared before the San Benito County Board of Supervisors for a housing project, the group switched gears. It went before the board on March 19 seeking an agreement to build an autonomous vehicle testing facility on 2,770 acres of what is now called the Floriani Ranch project.

Board Chairman Mark Medina, who referred to the project as a racetrack, asked if it included any homes. When County Counsel Barbara Thompson also called it a racetrack, Resource Management Agency Director John Guertin stepped in.

County Administrative Officer Ray Espinosa said he had contacted John Patterson, president of the Newport Pacific Land Company, which manages Bristol SB LLC, about the possibility of housing. Espinosa said he was assured the group was only interested in hospitality facilities.

“It would be for those coming in from Detroit or Europe or Japan who need a place to stay so they can do their work there,” Espinosa said. “He mentioned you can’t really have a housing project next to an automotive development because there’s screeching tires and a lot of activity going on.”

According to a Floriani Ranch project document packet provided to BenitoLink by CAO, the vision for the project is to develop and manage a premier automotive proving ground facility near Silicon Valley, with an opportunity to build an engine for job creation in San Benito County that has easy access to the nearby talent pool. The proving ground would be used to conduct extreme tests safely; develop vehicles and technologies in a closed, secure environment; test and validate products prior to introducing them to the marketplace; and train automated vehicle drivers (at this time, a driver must be inside test vehicles).

Previous Page Next Page »
Read 915 times
back to top