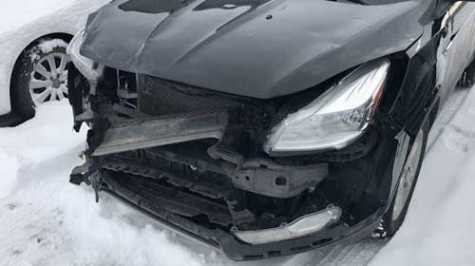 Many people dealt with headaches following a series of crashes on Billings, MT-area roadways the week of Jan. 20.

The sudden heavy snowfall on Jan. 21 left many vehicles crippled and in need of professional help.

With all those crashes, you can expect that insurance adjusters and body shops were busy.

KULR-8 spoke with American Auto Body, who said they had seen a pretty significant uptick in phone calls and vehicle tow-ins due to the winter conditions.

They said the biggest rush at their shop will come on the days after the snow storm, when the streets have been plowed and the weather clears up.

Kelsey McCarthy with American Auto Body said the shop sees a wide range of vehicle damage, from small fender benders in parking lots to large collisions at intersections where vehicles didn't anticipate how long it would take to stop.

She said that with the warm winter they had been experiencing, the heavy snow that week seemed to have caught some off guard.

McCarthy said, "We're going to see probably a little bit more because people need to get used to snow again. We need to get back on the road, and we need to give each other space and time to stop and turn. It's going to be interesting, but we'll be ready for it. We have a great staff in there."

American Auto Body offered a couple of tips to help out drivers on icy roads. They advised drivers to check the tread of their tires and make sure they're in good condition.

They also advised drivers to keep some kitty litter in their car that can be thrown in front of their tires in case they get stuck.

We thank KULR-8 for reprint permission.