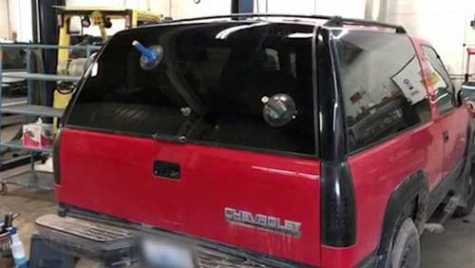 The owners of American Way Auto Body in Spokane Valley, WA, replaced the back window of a family car, free of charge, because they said it was just the right thing to do.

"It's just something that we saw on the news, and you feel bad for people like that, you know? You don't understand why somebody does something like that," said Chet Creal, co-owner of the shop.

Alexis Eller-Doughty was driving with her family, including her two sons. She said she pulled into a gas station, and then a car cut her off while she was driving toward a pump. According to Eller-Doughty, that's when someone from the car fired several pellets from a BB gun at her car and shattered her back window. She was concerned about replacing the window with winter getting closer, as she was unable to afford a replacement for the family car.

James reached out to KHQ, telling them he wanted to help because he felt like it was the right thing to do.

We thank KHQ for reprint permission.