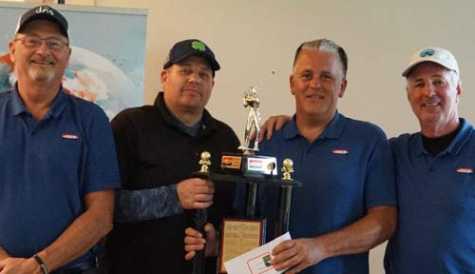 Jeff Lovell, president and executive director of ASA Northwest, shared, “Over 120 golfers and sponsors participated in this annual fun-filled event. We had a little rain this year but a day full of fun for the event. After 18 holes of golf, everyone enjoyed a BBQ dinner buffet and lots of great raffle prizes.”

The poison ball winners were McShane, Shannon, Kipfer, and Hart, and Halen Davis, Kurt Meyer, Scott Swift and Jerry Bonagofsky were the KP winners. The longest drive contest was won by Karolyn White and Davis, and Heather O’Malley and Crout were victorious in the straight drive contest. In the putting contest, Amy Barela took the gold with Josh Ranes coming in second and Ben McDonald taking third place.

Lovell also noted, “ASA would like to thank all of our sponsors who helped make this event so successful.”

Next year’s golf outing will be held on Aug.12, 2020 at Eagles Pride Golf Course. For more information on ASA Northwest, visit asanorthwest.com.