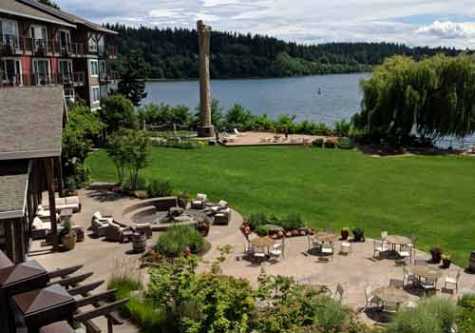 The conference was held at the Clearwater Resort in Suquamish, WA. ASA Northwest

On June 27-30, ASA Northwest held its 2019 Summer Retreat and Management Conference at the Clearwater Resort in Suquamish, WA, with nearly 80 industry professionals in attendance.

Conrad Jobst Jr., ASA Northwest chairman of the board, stated, “After receiving the weather report predicting rain for the entire weekend, our members were treated to beautiful weather which added energy to the event. I always learn a few things at each of these retreat gatherings. The younger members bring fresh solutions to shop operations and industry issues which is so refreshing.”

During the event, ASA Northwest held one of its four annual meetings, reviewing the association’s accomplishments thus far in 2019 and planning for upcoming events. The roundtable on Friday, June 28 was allotted three hours instead of the usual two hours and according to Jobst, “The conversation continued after we adjourned, so the additional time was beneficial and we are thankful to everyone who participated. I took several pages of notes to share back at work.”

Attendees responded favorably to the event. First-time attendees Eric and Teresa DeBolt of GP Automotive in Everett, WA, stated, “It was amazing how willing and eager members were to help with issues we, as new business owners, are having. We greatly appreciate all the information and personal experiences you all shared with us. It’s a relief to know that we aren’t alone in our adventure. We’ve made new friends and strengthened relationships, and we look forward to future meetings with our local chapter and seeing everyone again at our next retreat.”

Vicki and Mike Doherty of M&N Absolute Auto Repair in Everett, WA, said, “We had a great experience at the summer retreat. We were pleasantly surprised by the AMI seminar on the Future of Social Media with Jennifer Filzen. We always learn something new from the ASA Northwest conferences we attend and we thought the material was informative. We really liked talking to other shop owners regarding tough issues we all face as automotive shop owners and were informed in the roundtable in regards to options on how to buy, sell and get started with succession planning.”

View the embedded image gallery online at:
https://www.autobodynews.com/index.php/wa/item/18097-asa-northwest-conference-generates-energy-and-fresh-solutions.html#sigProIdc6dff9f256
More in this category: « Speakers at Southern CAA Meeting Discuss “The New Battleground” CAA Regrets to Announce the Passing of Past President Warwick Bryan »
back to top