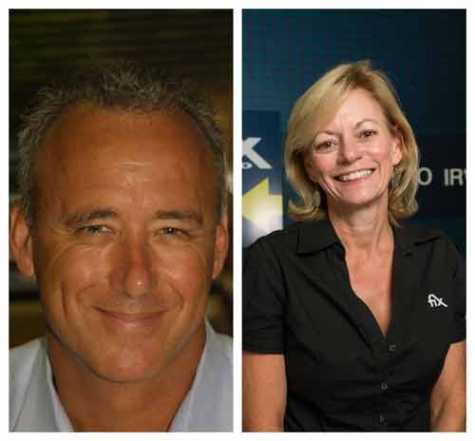 When industry veteran Erick Bickett was growing up, he aspired to be an airline pilot like his dad. He realized that a 9-to-5 job wasn’t for him.

Erick always had an interest in cars and eventually opened a body shop with his partner, Shelly Bickett, who had a background in accounting.

That was more than 35 years ago. Since then, Erick and Shelly have founded a number of organizations in the collision repair industry. These include Caliber Collision, the Collision Industry Electronic Commerce Association (CIECA), Cyncast, Fix Auto USA and the Collision Career Institute (CCI), which supports industry apprenticeships.

Autobody News recently talked to Erick and Shelly about their career highlights as well as advice to shops on how to be successful in the future in light of COVID-19 and industry changes.

How did you both get started in the collision repair industry?

Erick: While in college, I took a job driving a tow truck. I eventually managed the tow company and then transferred to the owner’s body shop. Later, I managed a dealer group. I also obtained my license to become an insurance agent.

Early on, I realized I could be competitive in the body shop business. Shelly was a big influencer in that decision. I was 28 years old when she convinced me to go out on my own. In 1984, we invested in a body shop owned by a couple of dealerships in Anaheim, CA, and eventually purchased the business, Auto Center Auto Body Inc.

We operated out of a 3,500-square-foot facility behind a used car lot. Three years later, we built a 30,000-square-foot state-of-the-art location at an auto mall where there were a number of dealers in one location. The business eventually became part of Fix Auto USA and grew to include 165 employees at nine locations, spanning over 200,000 square feet and bringing in more than $30 million in annual gross revenues.

Shelly: I never intended to be in the body shop business. I went to school for accounting and was working at New York Life Insurance. When we bought into the business, I started doing the accounting part time. Eventually, I worked there full time when we purchased the company.

At the time, most body shop managers and owners had grown up in the business and didn’t have financial or accounting experience. Erick is a great businessman and his financial expertise helped us a lot and set us apart from our competitors.

Previous Page Next Page »
Read 693 times
More in this category: « 3M Shows Support of Collision Repair Industry During Pandemic
back to top