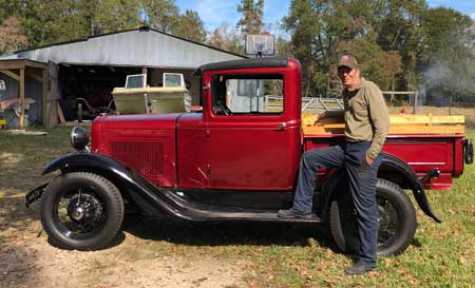 Military veteran Sterling Keith and his wife, Rebecca, found they were facing some unexpected challenges in 2014. Sterling was suffering from traumatic brain injury (TBI) and post-traumatic stress disorder (PTSD).

Meanwhile, Rebecca was unable to work due to health issues.

As part of Sterling’s medical retirement process, he was helping to restore a WWII ambulance with Operation Comfort. The organization works “to promote an inclusive and positive environment where wounded, ill and injured service members of all service branches, active duty and veteran, as well as their immediate family can recover and get involved in the community.” When the organization learned that Sterling’s work tools were stolen during one of his deployments to Iraq, they reached out to the Collision Industry Foundation (CIF).

Established in 2001, the charitable foundation is dedicated to raising, managing and donating funds to provide emergency relief to collision repair professionals who have been impacted by natural disasters or other catastrophic events. Michael Quinn, president of the CIF Board of Trustees and senior vice president at AirPro Diagnostics, is passionate about the work CIF performs.

“Providing assistance to our industry families fills a vital need, helping them recover from whatever disaster they are faced with,” said Quinn. “We are proud to carry on this work on behalf of the industry.”

“Snap-On generously collaborated with CIF to replace Sterling’s tools as well as provide a custom toolbox for him,” said Quinn.

They presented the toolbox to Sterling in 2015 during the Collision Industry Conference (CIC) in Palm Springs, CA.

Shortly after, Sterling was told by Veteran’s Affairs and the U.S. Army that he could no longer work in the auto body industry. Since then, he has used the tools to restore Model A cars and trucks where they live in Texas.

“When I retired, I felt useless and went into a very deep depression,” said Sterling. “Receiving the tools has given me purpose again and pulled me out of my depression. I’ve gone from seeing no future to being excited about life again.”