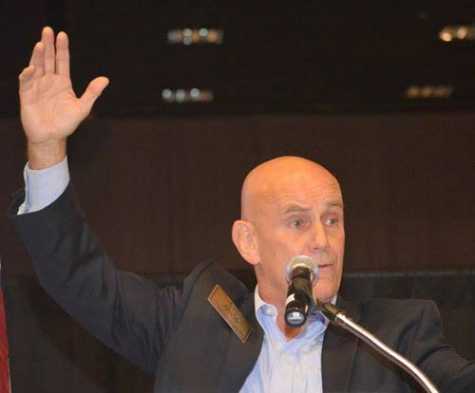 Many in the collision repair industry are familiar with Frank Terlep, an experienced executive, entrepreneur, author and self-proclaimed “disrupter” of the automotive industry.

In December 2019, Terlep launched his new book, “Auto Industry Disruption, Who and What is Being Disrupted and What to Do About It!”

Since then, Terlep has designed, developed, sold and implemented leading-edge technology for the automotive, collision repair and claims industries. Autobody News recently sat down with Terlep to find out what prompted him to write his book and learn more about the patent-pending test-drive technology he and his team are launching.

Q: How did you get involved in the collision repair industry?

A: Before attending university in the late 1970s, I was in the United States Army. A friend of mine was attending Southern Illinois University (SIU) and often sent me pictures from the school. I always liked cars and SIU was one of the only universities at that time offering a four-year degree in automotive technology, so I enrolled. Although I originally planned to be a civil engineer, I earned my degree in automotive management and technology in 1980.

When the Apple IIe came out in 1983, I got hooked on computers and began selling automotive diagnostic equipment to repair vehicles.

I launched a company and built my first software after raising money from an angel investor. I eventually sold that business, but the experience started my long history as an entrepreneur.

From 1999 – 2001, I helped raise tens of millions of dollars from venture capitalists on Sand Hill Road in Silicon Valley, CA, to design and develop one of the automotive industry’s first online parts procurement platforms for the collision industry.