The Best Body Shops’ Tips: How to Prepare and Negotiate Better Deals With Industry Partners 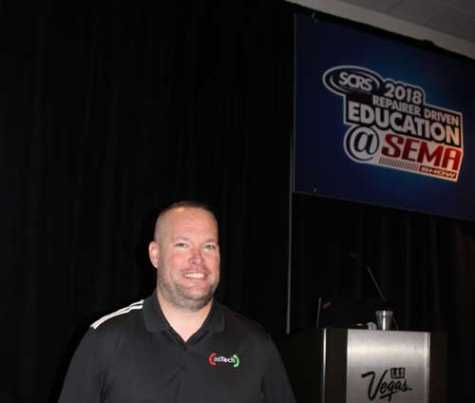 With the collision repair industry increasingly becoming more competitive and margins getting thinner, it’s more important than ever to negotiate better deals with industry partners, according to Eric Newell.

Newell, the market area manager for asTech, recently shared tips on how to prepare for negotiations with industry partners during the Society of Collision Repair Specialists Repairer Driven Education Series held at the SEMA Show in Las Vegas, NV.

“Preparation is invaluable,” said Newell. “If you haven’t done the work before you get to the table, it’s going to prove very difficult to be successful and have an outcome that leads to more profitability for both parties involved.”

Newell offered advice based on his experience over the years working as the chief operating officer (COO) for a six-shop MSO in Northwest Indiana prior to joining asTech. He was also involved in the firefighters’ union in Indiana for nearly a decade as well as the union’s negotiating team.

“Through that experience, I was able to equate a lot of things that the unions did---because they are very good and strategic at negotiating---and convert it to our industry,” he said.

During his presentation, Newell asked collision repairers and insurers if they recalled the last significant purchase they had made. When it comes to personal expenses, such as buying a house or a car, he said it’s typical to conduct research and make price comparisons. However, many times shops are unprepared when negotiating large business purchases, such as a frame machine or spray booth.

Newell said that it is an acquired skill and sets the tone for the entire process.

“I can guarantee that your counterpart or negotiating party is also preparing,” he said.

Newell shared a 2014 quote from Yannick Feder, an experience purchasing executive: “More than 80 percent of the negotiations are done without an underlying method and often end in sub-optimal results or worse, a stalemate.”

“That means that 80 percent of the time, people show up at the table with no clue as to how they are going to reach their target,” explained Newell. “That’s when you start negotiating out of emotion. When you negotiate out of emotion, you’ve lost before you even walk in the door.”