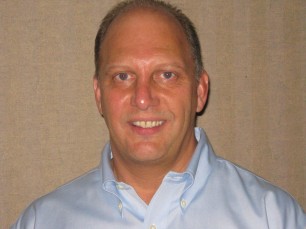 One of the hot topics in the collision repair industry over the past several years is the importance of conducting a pre- and post-repair scan.

Mike Anderson, president of Collision Advice, said in addition to scanning vehicles, it is absolutely critical to research OEM repair procedures prior to working on a vehicle.

During a Guild 21 webinar in March, Anderson talked about why collision repairers need to check the vehicle manufacturer’s recommended guidelines on all vehicles, every time.

“At the end of the day, if we aren’t researching the OEM repair procedure every single time we do a repair, we’re not going to know when things change,” said Anderson. “Just because we did it that way today, does not mean that it will not change in the future.”

He often is asked if a shop fixes the same type of vehicle on a regular basis, is it still necessary to check the OEM information on that same vehicle. Yes, said Anderson, “The answer is 100 percent of the time.”

He used an example of a shop that was replacing a quarter panel on 2015 Ford Mustang a few months ago. When the shop researched the manufacturer’s guidelines, it found that Ford required the roof to be replaced. Anderson visited another shop recently and noticed that Ford has a new sectioning procedure on that vehicle and the roof no longer needs to be replaced.

In another example, he said one of the OEMs changed the way the bedside panel is installed four different times in 2016.

“We don’t know what we don’t know,” said Anderson. “That’s why we need to constantly and consistently research OEM repair procedures.”

In Anderson’s quarterly survey “Who Pays for What,” conducted in conjunction with CRASH Network, body shops were asked, “How frequently do you research OEM repair procedures at the time you write an estimate?”

The percentage of repair facilities that said they research OEM procedures “all of the time” or “most of the time” increased slightly in 2016 compared to the prior year.

The #1 reason OEMs are up at night

A few years ago during a Verifacts conference, Anderson heard a presentation by Rick Leos, formerly of Toyota and now with OPS Trax. Leos shared the following statistic, “According to the World Health Organization, 1.24 million people die in traffic accidents each year. On a global scale, traffic fatalities continue to increase steadily and are expected to become the fifth leading cause of death by 2030, unless countermeasures are implemented.”

“We’ve gotten there faster than predicted,” said Anderson. “Last year, people who died as a result of a car accident was the fourth leading cause of death, above strokes.”

The National Safety Council reported there were 40,200 traffic deaths in 2016; this is a six percent increase from the previous year. It is the first time since 2007 that more than 40,000 have died in motor vehicle crashes in a single year.

While self-driving vehicles are frequently featured in the media, Anderson said after working with OEMs he found autonomous vehicles are not their primary focus. Instead, their goal is to keep people from dying in car accidents; minimize bodily injuries; improve fuel economy; and include comfort features such as blue tooth and other technology.

“We need to understand that car manufacturers are building vehicles to keep people safer,” said Anderson.

When he visits OEM manufacturers, Anderson said he always asks the same question: “What is the number one thing that keeps you awake at night as a car manufacturer?” “They’ve all given the same answer—liability,” said Anderson. “They are all very concerned with ensuring that those vehicles are fixed properly.”

He said the only sure fire way to ensure the collision avoidance systems are working properly is to perform a post-repair scan.

With cars increasingly more complicated, today most vehicle components are controlled by computer software. The lines of code control everything from tire pressure to collision avoidance, braking, backup, steering and other systems.

“We’re not fixing the cars that our fathers, mothers, grandfathers, uncles and aunts fixed in the past,” said Anderson. “We’re working on a highly complex computerized device.”

How OEMs are addressing pre- and post repair scans

Since last year, six vehicle manufactuers have released position statements stating that all their vehicles need to be scanned before they are released back to the customer. They include GM, Honda, FCA (Fiat Chrysler Automobile), Mercedes-Benz, Nissan and Toyota. (The position statements can be found online: www.oemonestop.com.)

These six manufacturers represent 61 percent of the market share in North America and are the majority of vehicles coming into body shops today, said Anderson.

Last year during the NACE conference, Kristen Felder of Collision Hub, filmed a video featuring six car manufacturers—Audi, Chrysler, GM, Honda, Nissan and Toyota—and two insurers who were asked if a vehicle needs to be scanned even if it’s unoccupied and there isn’t a dash earning light. “They all said yes,” said Anderson. The video can be accessed on www.collisionadvice.com.

Anderson offered various examples throughout the webinar of specific repair procedures that are required by manufacturers. In addition to scanning every vehicle, he said collision repairers need to pay attention to recalibrations, re-initializations, reprogramming, whether some of the bumper covers can be repaired and refinished, and other collision repair procedures.

He also stressed the importance of ensuring a shop has permission from the customer to scan the vehicle and share the information with third parties such as an OEM manufacturer or insurer. He recommended having a thorough authorization form for customers to sign. Collision Diagnostic Services has a sample authorization form available on their website www.astech.com under Resources that can be used as a framework. Anderson suggested having an attorney review it to ensure it is binding according to a shop’s specific state laws.

1) Researching OEM repair procedures is mandatory! It is NOT optional anymore.

2) Make sure to obtain authorization from a customer before you scan a vehicle and/or share the data with an insurer, OEM or any third party.

3) Just because an OEM does NOT have a position statement saying you need to scan vehicles, doesn’t mean the OEM doesn’t say it somewhere in the repair information. Research is mandatory.

4) It is NOT just about scanning. It’s about all of the recalibration, re-initializations, reprogramming and other collision repair procedures.

5) Educate your staff and debrief them about the information shared during the webinar.

Read 7095 times
More in this category: « Shop Strategies: 26-Year-Old Lead Painter Says to Never Settle What It Takes to Be a Great Leader at Your Body Shop »
back to top