5 Behaviors That Cause DRPs to Underperform 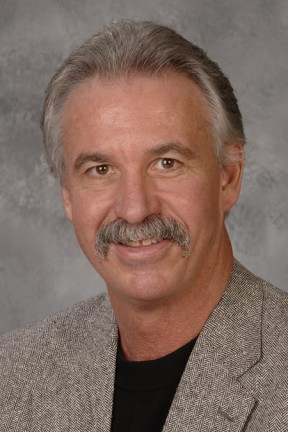 Are customers driving the DRP?

According to George Avery, who worked for State Farm Insurance for 37 years, the answer is a resounding yes. Avery said that direct repair programs (DRPs) were originally set up by insurance companies to offer better customer service and help ease the repair process. “When you get down to the bottom line, managing repair costs, quality and efficiency are the overall focus,” he said during a Guild 21 webinar in February. “Typically, it’s the customer that drives that change for efficiency.”

Avery, a past Collision Industry Conference chairman and State Farm executive, shared some of his thoughts about DRPs and reasons why they might underperform. “The DRP added another level of complexity in some respects,” said Avery, who retired from State Farm in June 2016. “It’s easier for the customer but also has some stress for the other stakeholders.”

The evolution of the DRP and big data

During his Guild 21 presentation, Avery recalled the days of writing competitive bids in the late 1970s and early 1980s when insurance estimators/adjustors began writing repair estimates. “Competitive bids had a great advantage,” he said. “They gave the insureds a competitive price and I think it also helped the repairers.” To help make the process more convenient for customers, insurers began hiring estimators/adjustors and setting up appointments for drivers to come in for an estimate. This eventually led to the DRP.

Electronic estimates also emerged. “At first, everyone thought it was a glorified adding machine, but it really opened the door to communicating electronically and that was the start of managing by data,” said Avery.

Both insurers and repairers are currently managing their businesses with “big data.” Although he said there are multiple benefits as a result of tracking information, the challenge is when people look at different data points.

He used the analogy of a bay full of ships. Data can tell you the characteristics of the ships, how many there are, the sizes, and how much they are carrying. “The point is that somebody has to get wet and get under the boat to see if there is a leak,” said Avery. “In our case, that’s an individual looking at a repair job and there are a lot of people who don’t want to get wet.” Not only can it be time-consuming and expensive, but it can also cause frustration when one job affects the rest of the data.

There is obviously more involved in the process than the amount of money spent on repair costs, according to Avery. For example, the data collected might suggest there are poor photos or poor repairs, but when you take a closer look, a poor repair might be referencing a piece of masking tape not pulled off or a rail that wasn’t welded correctly. “The problem occurs when there is confusion with how the issue impacts the repairer’s performance,” he said.

“For those 20 percent thinking that big data isn’t missing a step, are those people who have confidence and perhaps are better at looking at spreadsheets and doing analysis?” asked Avery.

Avery then talked about five behaviors that cause DRPs to underperform. He compared them to a person’s physical health and having conditions such as high cholesterol, high blood pressure and overeating. “We all have things that that can cause you to get sick or die but you can live with them,” said Avery. “The behaviors that are happening in the DRP contribute to the health of the DRP concept.”

Five behaviors that cause DRPs to underperform:

1) Managing performance with the DRP concept

Avery said that DRP contracts can often be very detailed and he maintains that nobody really reads them. It’s like accepting the basic terms and conditions on the Internet before purchasing software or viewing a website. Many click “Agree” without reading the Terms and Conditions. While insurers outline their expectations in DRP contracts, Avery found they aren’t used in the body shop as an everyday tool to determine how to repair vehicles. Repairers are faced with making repair decisions all the time and most of them don’t take out the DRP contract to reference. Instead, most of the feedback they hear comes after the repair. “What happens is no news is good news,” he said. If nobody questions the repair, then they make the assumption “I guess it’s OK.”

Contracts aren’t able to cover every repair situation, according to Avery. When a shop has multiple DRP relationships, the insurer’s positions often vary, for example on appearance allowance, wheel repair or recycled air bags. “If there is limited or no access to get that information, it causes a problem,” said Avery. Confusion can also be caused when insurance staff handles situations differently or there are exceptions that occur. All of this leads to delays, extra phone calls and the time it takes to wait for answers. “As Dale Delmege used to say, ‘It starts to ratchet the oxygen down on a DRP in its success,’” said Avery.

He said it is helpful for both the insurance staff and repairers if there is something that can be referred to. Avery asked attendees: “Do insurers provide shops access to relevant claim information?” About 20 percent answered “yes,” they receive relevant information. The majority said they either aren’t receiving relevant information or are only sometimes receiving it.

Although Avery acknowledged it takes time and can be costly, he stressed the importance of physically inspecting repair facilities to verify equipment is up to date. Otherwise, Avery said there are several symptoms of not looking at repair facilities. He pointed out that an insurer may not be aware that a certain repairer on their program is no longer a high performer or has the necessary equipment for the job. Competing shops are often frustrated when a less qualified, less equipped shop is on the same DRP program. With the rapid change of the automobile, it becomes even more important to inspect facilities on a regular basis. There are many companies that can be hired to validate a facility’s capabilities, whether it is in person or by collecting information remotely.

“Most would probably agree that DRPs were developed to improve customer service and manage repair costs, but it also reduced insurance claim staff,” said Avery. As a result, DRPs tend to operate with less interaction unless there is a problem or performance issue. “That lack of oxygen again starts to ratchet down the oxygen on the healthy DRP environment,” said Avery.

Less interaction often causes delays and lack of communication, which can lead to rumors. This is especially apparent with social media. Avery said most of this can be avoided by having more information available up front. One way to encourage this is by setting up an advisory council consisting of both insurers and repairers.

When Avery worked at State Farm, he participated in a repairers’ advisory council. As an industry spokesperson, he soon realized the benefits of having an active group like this and said it was an excellent way to help communication on both sides. “Sometimes changes are made; sometimes not,” said Avery. “Having someone participate in industry events, you can’t help but collect valid on-the-ground information. I think it benefits the insurer and the repairer, especially if the spokesperson is approachable and you have an opportunity where you can share your concerns.”

5) Limited or no physical inspections after the repairs are completed

Avery also talked about the benefits of initiating a program to check the quality of repairs and validate the costs. “That applies to both the repairer and the insurer,” he said. “We all know that sometimes something can get missed.” The challenge for the insurer, according to Avery, is that there is no possible way to inspect every vehicle. Instead, a methodology is implemented where everything is “subject to review.”

By not looking at some of the repairs after they are complete, Avery said customer complaints could arise from poor repair performance, inaccurate billing, and other issues. There is often frustration from the repairer and insurer about the time and money spent to re-inspect as well as from customers who don’t want to be disturbed after the repair. However, Avery said physical inspections are an important aspect to maintain quality control and ensure vehicles are fixed correctly.

He said a potential stall of the DRP process is regarding efficiency. “This is the grave question mark,” said Avery.

“I believe that insurers unintentionally put pressure on repairers simply by having different programs,” said Avery. “Basically, repairers wait for insurers to create programs and then they adapt to them. As a result, they spend a lot of energy with multiple procedures.”

In closing, he asked webinar attendees if it would be possible for insurers and repairers to work together and create standard guidelines for DRPs. A clear majority showed interest in moving forward.

A group from Guild 21 are looking at the feasibility of devising guidelines for the industry. Autobody News will continue to follow this story.

George Avery provides consultant services and speaks at local, national, and international industry events on a variety of topics. He is an active participant in the National Auto Body Council (NABC) and Collision Industry Conference (CIC). For more information, contact George Avery at george@averyknows.com.