Shop Strategies: Keep an Open Mind, Have No Fear and Dive in 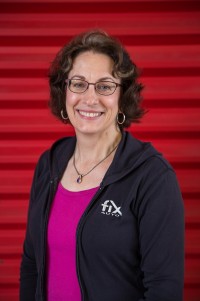 Just three years later, her dad decided he was ready to sell the business and Camille became the new owner. Since then, she has added a minority partner, become affiliated with the Fix Auto Network and grown the collision repair facility, which includes two locations, Fix Auto Portland East and Fix Auto Gladstone.

Autobody News spoke to Camille about her experiences over the years as a female shop owner in a male-dominated field as well as the challenges of working in a family business, and why she decided to become part of a network of shops.

Q: What are some of the challenges you have encountered being part of a family business and how have you dealt with them?

When I joined the business with my folks, I was untainted by the ways of insurer/shop relations. I was optimistic about being paid for what we did when we did it, and I believed I could eliminate the friction of getting paid, even though my folks told me how it was. I only needed to educate myself and approach it in a different way. This was not always the case, and in many ways, not much has changed between shops and insurers since that time.

I also saw an opportunity to improve our accounting (my college focus had been business and accounting) and our system was archaic when I got there. Mom was the business bookkeeper and she had continued the system the previous bookkeeper had set up. She was very resistant to making any changes to the system. In hindsight, mom was already very sick and we just didn’t know that her tiredness was an illness.

My parents were ahead of their time in many ways; they were founding members of our state association, Autobody Craftsman Association, and dad helped shape an estimator training and certification program within the association. They were one of the first shops in Portland to have the equipment needed to repair unibody vehicles. They also attended a lot of training and the first few years of NACE.

I worked only a year with mom before she passed away, and after that, dad lost his focus and initiative with work. It was a few very difficult years.

My nephew, William Bray, started hanging out with me as a youngster and would come with me to the shop on Saturdays while I caught up on supplements. He would do all kinds of odd jobs to earn a buck—entering labor control cards (for job costing), cleaning in the shop, cutting the grass and weeding. When he graduated high school, we had been experiencing growth in volume, so I taught him estimating and how to negotiate with insurers (which he did much better than I ever have). He’s a very goal-focused guy and wanted to spread his wings.

We often found ourselves butting heads and arguing. He even gave his notice once to go work for our largest competitor and I made a promise to make him a partner to keep him from leaving. Due to many, many things, it took me much too long to fulfill that promise. I credit my involvement in a DuPont (now Axalta) Business Council group facilitated by Mike Anderson, and Mike being my accountability partner within that group, as the fuel that prompted me to finally execute that promise to make my nephew William a minority partner in 2012.

The relationship with my nephew has not been easy, and this is well-known by many of our colleagues and friends. We are polar opposites. He is an extrovert and I am an introvert; he is goal-focused and I have an overarching idea of how I want things to go. He wants autonomy and I want control. The tension in our relationship has frequently gotten in the way—until recently. We contracted with a husband and wife coaching team and their ideas and methods mesh well with our Discover Leadership training and my individual work with a personal coach.

Trying to work together has cost a ton of money over the years, but working with this couple since June of 2016 has parted the “Red Sea” for us. I was on my last straw with our working relationship (which made our family relationship awful, too). If this round of coaching didn’t yield different results than all the other stuff I’d paid for and saw as a panacea at the time, something very different and likely unpleasant would need to happen.

I am very happy I gave it one more go—like my heart told me to do—despite the majority of people familiar with the situation encouraging me to cut ties.

Q: What is it like to be a successful female shop owner in a male-dominated field?

A: Growing up, I was always a bit of a tomboy with an interest in cars, and playing with my younger brother in the dirt with cars and trucks was the norm. I even recall a time when I was about 15--he would have been 11--and we had a grand time one fall afternoon outside in the dirt building Tonka truck-sized roads and maneuvering our cars and trucks along them. I think my interest in cars was also a way to connect with my dad.

I started working full time for my folks in 1986, and a year later, my mom, who was my dad's business partner and the glue of the business, passed away unexpectedly. I was tossed into a role that I had to step up to and fulfill, and do so expeditiously, in terms of education and action. My mom was my dad's support system and he rather crumbled after she died and although he was physically at work for an additional three years, he was not always mentally at work. Often times he would leave for several hours, which left me holding down the office, answering the phone, preparing estimates and negotiating with insurers at a moment's notice while also juggling the management of production and employees in the shop.

When dad asked me at the beginning of 1989 if I wanted to buy the shop, I recall having no fear and no thoughts about it seeming odd or being an unusual challenge because I was female in a male-dominated industry. It was not until recently that I even brought into my awareness the innate mental differences between men and women. Once in a while, I would ask myself if X is happening because I'm female or if that adjuster treats me the way he does because I'm female. But generally speaking, I have not and do not play a card that has said, “It's because I'm female.”

I have always had male friendships, with some of my most treasured and dearest being male friends. I have no problem being the only woman at the table, which happens less often today than it did 20+ years ago; it seems normal.

Friends and colleagues know me, I believe, for my passion (which if you don’t know me can look like anger or hostility), willingness and ability to say some hard things in front of others. I’m called to and counted upon to review complex documents or concepts because I am extremely detail-oriented and have an innate ability to see how one thing here can impact another over there.

Q: What advice can you share with other women (and men) in a similar situation or those who are thinking about becoming part of the industry?

A: If you are female and you have interest in our industry—dive in, head or feet first, it doesn’t matter. What matters is that you learn what you need to learn to be successful—that’s no different, male or female, in my opinion. For me, that was to seek out mentors (male or female), learn from others, keep an open mind and acknowledge “I don’t know what I don’t know.” Also, be willing to be vulnerable and admit when you don’t know (because you can always learn it or find it, etc.).

I always thought that I could learn from the experience and vision of others. Learn to trust what your body tells you about situations. I could have learned this much sooner, but as I mentioned, you don’t know what you don’t know. I was an excellent estimator and a mediocre negotiator. Those are different skill sets and as an industry we often latch those together with a padlock and throw away the key. I believe this can be detrimental to our business and our people, but sometimes it’s all we have to work with, or we think it’s all we have available. I have the mentality that I can best my best every day—some days progress is better than others, but I choose to rise and shine versus to lie down and fail.

I have a strong sense of duty to give back to the industry, to seek continuous improvement in operations and the resources we use to help us, such as software. I enjoy serving and have done so through voluntary committee work such as I-CAR focus committees, software advisory boards, local college advisory board, Fix Auto Market Leaders board and subcommittees, being active in local and national associations and holding board positions there, proofreading and offering expertise input to an industry journalist and an industry consultant. I say all of this because I recommend to any one in any industry: be involved in shaping your future. Regardless of your industry role, there is a place for you to serve—just do it, or start it! Sometimes, time adjustments and stepping back will be necessary as we have to keep our own ship afloat to help others.

Q: Why did you decide to become part of the Fix Auto Network and what are some recommendations for Independent shops in this industry that are looking to grow?

A: We joined the Fix Auto Network of body shops in late 2008, after a five-year stint with CARSTAR. We had a chance crossing of paths with another one of the Fix Auto Network shop owners, and franchised as a charter franchisee in December 2011. Although we are affiliated with Fix Auto, we still operate as an independent shop. 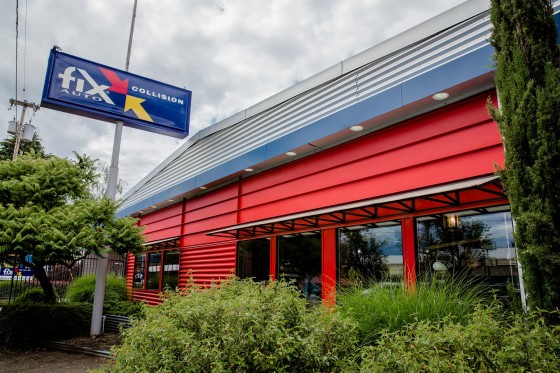 Being part of the Fix Auto Network has provided us with business connections we struggled maintaining as a single shop owner, provides networking opportunities with performance-based forward-thinking shop owners I have found to be some of the best-of-the-best operators in the US and beyond, and allows for broad and rich joint marketing and advertising campaigns.

For me, aligning with Fix Auto has provided opportunities that I would not have had without their brand and the other owners in the network. This industry has phenomenal human beings that make for phenomenal operators and operations. I feel honored to be in the room with many of the best-of-the-best men and women. If I’m struggling with something, there is always someone a phone call away that will take time to listen and give me their opinion or advice—this can be priceless.

My advice is to align yourself with people that challenge you professionally and personally, give back to your industry and community and treat your teammates with respect. Never ever give up on your passions, your education, your business and your industry, and learn to understand yourself—what motivates you, deflates you, lifts you up and feeds you what you need to get up and forge ahead every day.

One of the best things I’ve ever done is investing in the development of ME, and especially working with a personal coach the past four plus years that challenges everything about me. I highly recommend it!