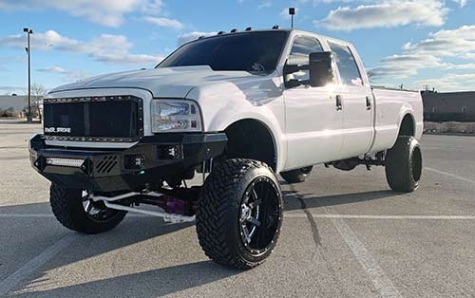 Longevity sets Runge’s Auto & Tire apart from the competition in Chicago, IL. The 18,000-square foot facility has been home to automotive repair shops since 1920, before being purchased by the Runge family in 1963.

Company At A Glance...
Type: Collision and Mechanical Repair
Facility Employees: 13
In Business Since: 1920
Number of Locations: One
Production Space: 18,000 square feet

The reputation the shop has built in the community over the past century has driven its success, according to body shop manager Joe Sobczac, who began working for Ralph Runge shortly after the family acquired ownership.

“Boasting a longevity of 100 years means that we serve third- and fourth-generation customers, and we’ve been able to retain that business because our focus is on treating people the way we want to be treated,” Sobczac said. “Restoring their vehicle to its safe, pre-accident condition is our top priority, not trying to make a million dollars off every repair. Customers appreciate that honesty and concern we demonstrate in all of our interactions with them.”

Second-generation owners Tim and Chuck Runge took the business over in 2006 when Ralph passed. Austin Runge, Tim’s son, works in the shop and will be “the next generation to assume the baton and carry on with the Runge legacy,” Tim said.

In order to repair customers’ vehicles at reasonable prices, it’s vital the shop monitor its expenditures closely, and in early 2019, Sobczac identified a way to save significant cost on materials.

“The cost of the paint products we were using was unbelievable, and they kept raising the prices every year,” Sobczac said. “No one wants to change---most people are naturally resistant to change, especially when it comes to a product you’ve been using for 20 years; however, this is an industry of constant change, so we began exploring our options.

“While we were in the market for a replacement paint system, we looked at multiple options, but the brands were all basically the same in terms of cost,” Sobczac continued. “Then, a Lusid representative visited Runge’s and told us about the company’s GenRock paint line. After he demonstrated how much we could save, without sacrificing efficiency or quality, we were convinced.” Runge’s painter loves GenRock due to its easy application and the excellent coverage it offers.

Lusid sent a trainer to Runge’s Auto & Tire for a full week, and according to Sobczac, “He was very helpful and responsive to our questions and was willing to stay longer if we needed. Our painter’s first language is Spanish, so Lusid even accommodated that by sending a bilingual trainer to ensure full comprehension.

“They were very beneficial during the implementation process---you can’t find that from other major paint manufacturers. With Lusid’s help, converting to the GenRock paint line was very easy, and they’ve been quick and responsive anytime we’ve called with a question.”

Runge’s Auto & Tire uses the entire GenRock paint line from Lusid Technologies, including primers, basecoats and clearcoats. While the painting process turnaround time has remained similar, “switching to Lusid saves us nearly 20% in paint costs, which is a significant savings over the competition,” Sobczak said.

“My painter really likes GenRock because it covers really well, the color matching is a lot better than our previous brand and application is much smoother,” Sobczak continued. “My other techs like it because it’s easier to sand than other brands, plus it yields a high-quality finish that you just can’t find elsewhere for the same price.”

Previous Page Continue reading »
Read 1086 times Last modified on Monday, 25 January 2021 21:44
Tweet
Published in October 2020 Shop and Product Showcase
More in this category: « Utah Shop Sprays PPG Envirobase High Performance Waterborne for All the Right Reasons Support from Autotality and Booths From Garmat is a Win-Win for a Growing MSO »
back to top