How Jobs Will Change in Arlington, TX, as GM Moves to All-Electric Cars by 2035 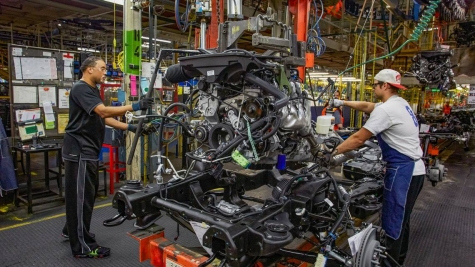 Workers install a propulsion system in a 2021 Chevrolet Tahoe at GM’s Arlington Assembly plant.  Courtesy of GM
Share This:

The 67-year-old GM Arlington (TX) Assembly Plant is part of the city’s civic identity, right up there with the Texas Rangers baseball club and Six Flags Over Texas.

But GM is in the midst of an identity overhaul of its own.

The company’s chair and CEO, Mary Barra, announced in late January that GM would convert its automobile manufacturing lines to electric-only by 2035. “The Start Button to an All-Electric Future has Been Pushed,” the company boasts on a website page explaining its commitment to eliminate tailpipe emissions in all its light-duty vehicles---including pickups and SUVs.

Many people who follow the auto industry are sounding an alarm that the conversion to an all-electric assembly line will result in the loss of thousands of jobs at GM’s factories, including the Arlington plant. Electric vehicles have far fewer parts than cars that run on combustible engines, and require far fewer humans to assemble.

To read more, see the Fort Worth Star-Telegram.