Written by Staff, The News Wheel 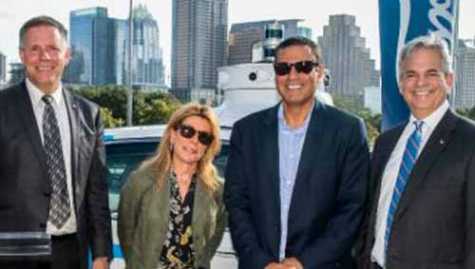 It’s fitting enough a choice —Marakby notes the fact that Austin was the first city to allow a public self-driving vehicle test and is currently one of the fastest-growing metros in the United States.

According to The Capital Area Metropolitan Planning Organization, vehicle use in Austin is expected to double by 2040 against an expected 15 percent increase in highway capacity. This makes Austin something of a ripe testing ground for mobility solutions, and Ford is doing its part with self-driving vehicles that it hopes will offer better access and more efficiency of use.

“We believe that if you want to successfully launch a self-driving service that improves people’s lives, you can’t just drop into a city and start rolling cars out onto the streets,” Marakby writes in an article on Medium. “You need to develop a comprehensive understanding of what people and local businesses would find useful — and that’s exactly what we’ll be doing over the next few years.”

Along for the ride will be Austin Mayor Steve Adler, who lays out the city’s 20-year goal of having at least 50 percent of residents taking part in public transportation, bicycles and forms of shared transformation. Adler sees two additional areas of major potential in the partnership: accessibility and safety. The hope is that automated vehicles will provide equity in transportation, making Austin a more empowering city for all of its residents.

We thank The News Wheel for reprint permission.