Body Shop in Colorado Springs, CO, Has Car for More Than a Year 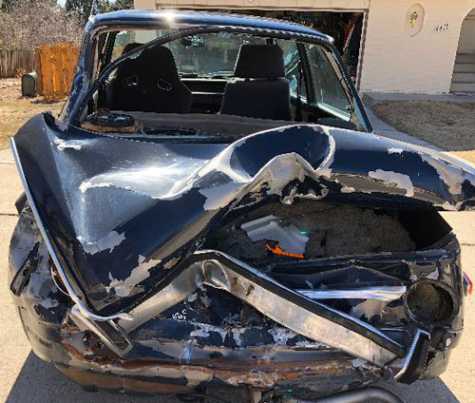 We are getting some answers about why it's taking a local body shop more than a year to repair a car.

The owner reached out to our Call for Action team because he wanted his car back.

Allen said his car has been at a Colorado Springs auto body shop called 'Wreckmasters' for more than a year.

According to the police report, a driver hit Allen's car the night of the Super Bowl back in February of 2018.

"It was hit in the back end so the whole trunk area was just pushed in. When I first saw it I thought it was completely totaled," he said.

His insurance company wrote a check to Wreckmasters last March for more than $8,000, according to documents. Allen said his car has been at the shop now for more than a year.

Allen: "I don't have anything in writing, but they told me it was about a three-week job."

Pelton: "Three weeks? And it's been more than 12 months?"

We reached out to Wreckmasters and the owner admits the work should have been done by now. He said they have been dealing with a lot of cars with hail damage and that they have been short-staffed.

"They received the check and it was already cashed. So they have the money to repair it—they have my car and it feels like I have nothing to hold against them," said Allen. "I just want my car back."

Gary told 11 Call for Action that after we got involved, his car is being towed to a new shop where his insurance company will decide what to do next.