Influx of Car Repairs After Icy Weather in Abilene, TX 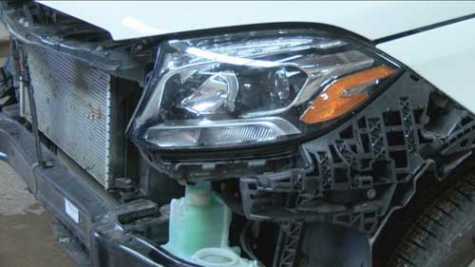 More than 150 accidents were reported Jan. 2—Jan. 3, which means a lot of people have some repairs on the horizon. For auto body shops, that means a busy few weeks are on the way.

"There will be an influx of business because of it, but it doesn't happen immediately,” said Barrett Collision Center owner Rocky Champion.

The influx is a sort of mirror of how road crews prepare for winter weather. Crews have a few days ahead of a storm to get ready, and the car collision centers have a few days after the storm as drivers and insurance companies sort through the accidents.

Champion said, "A lot of times there [are] a lot of wrecks reported, but there's going to be double the amount of accidents that really happened because they're not all reported."

The good news, Champion said, is that the majority of wrecks aren't severe.

"Someone just slides around a little bit, hits a curb, slides into the car in front of them because they can't slow down fast enough,” Champion said.

That is enough to create a big backlog. However, since many of those wrecks don't leave cars a total loss, the work is usually scheduled in advance to keep drivers with their vehicle for as long as possible.

"Usually maybe a week, two weeks, depending on how bad it is,” Champion said.

We thank BigCountryHomepage.com for reprint permission.