AutoNation and Inter Miami CF Partner to Drive Out Cancer 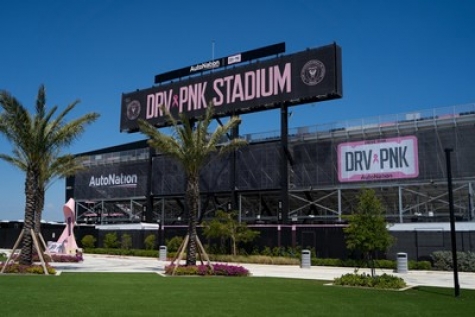 AutoNation will be the official and exclusive automotive partner of Inter Miami, which includes naming rights of the stadium and branding on training kits. This partnership amplifies AutoNation and Inter Miami's commitment to driving out cancer by leveraging the power of soccer and its strong fan base.

In addition, the partnership includes extensive TV and digital exposure, with the entitlement of the Inter Miami Digital Live Stream via their Inter Miami App and the Inter Miami Spanish language streaming show.

Aside from Spanish being one of the top two languages for its fans across social media during Inter Miami's inaugural season, more than 60% of website traffic came from Latino dominant cities across the U.S. Also, 34% of Inter Miami's registered mobile app users identified themselves as being of Hispanic/Latino descent.

As a part of the multiplatform media campaign, AutoNation will become the sponsor of the "Saves" feature during Inter Miami matches. For every Inter Miami goalkeeper save, AutoNation and Inter Miami will donate up to $100,000 towards cancer research annually.

"DRV PNK Stadium is about driving awareness of a proven mission that has raised over $26 million in the fight against cancer," said Marc Cannon, AutoNation's EVP and chief customer experience officer. "Our partnership with Inter Miami, one of the most dynamic soccer clubs, will help fund research. It allows for our collective support of organizations like the Breast Cancer Research Foundation, Cleveland Clinic and Moffitt Cancer Center at the national and local levels."

"Inter Miami is a purpose-driven organization, and we take great pride in partnering with AutoNation, No. 154 on the Fortune 500 and a South Florida-based company that is positively impacting our community through...