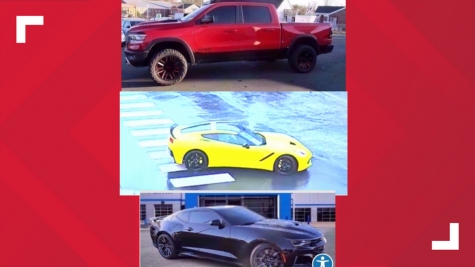 Both times, the men were seen driving a newer model silver Toyota Highlander to the scene and investigators have released images of it and two of the men, along with a reward of $1,000 for any information that leads to an arrest and conviction.

But the pictures are likely to be of no help as the men are doing their part to prevent the spread of COVID. However, if you can identify these two men by looking at their eyeballs, investigators are seeking your help.

Oh and, as far as the silver Toyota lead is concerned, this same group of guys is believed to be involved in multiple other cases that span two states, so it is likely stolen as well. Nevertheless, if you have a lead for the police, call the Creedmoor Police Department or Granville County Crime Stoppers.