Boring Company in Talks with Miami for $30 Million Underground Tunnel 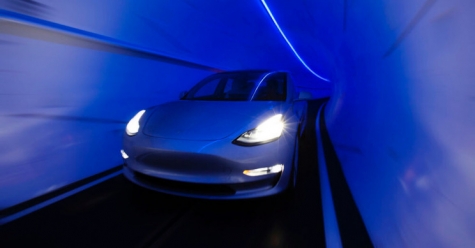 Miami took third place as one of the U.S.'s most congested cities in 2020, as was pointed out by location specialist TomTom in its 2020 Traffic Index Report.

So it came as little surprise when Mayor Francis Suarez posted on Twitter the details of a phone conversation he had with The Boring Company founder Elon Musk on Feb. 5 about digging a 2-mile-long tunnel beneath the city. The plan is to ease traffic.

Not only would the project minimize traffic above ground, but it would also save the city a heap of money. Suarez explained in his Twitter video post that The Boring Company's project would cost only $30 million---down from a nearly $1 billion price tag transit officials quoted in 2018.

On top of all that, the tunnel would be completed in six months---down from the four-year estimate the previous project quoted.

Musk didn't hide his interest in Miami as a prime tunnel-constructing ground, as he wrote on Twitter in January that "@boringcompany tunnels under Miami would solve traffic & be an example to the world."

Local newspaper The Miami Herald pointed out, however, that Miami may be a tricky spot for boring tunnels---a topic of conversation during Musk and Suarez's phonecall. South Florida's porous and spongey limestone bedrock may place the integrity of the region's structural impact under strain, and rising sea levels could also affect the project.

It sounds like many more details still need to be hashed out before the project gets the green light, but it's still...