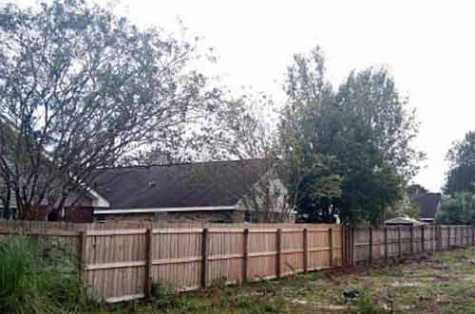 The owner of a parcel that might contain his new paint and body repair shop says he’s willing to talk with residents who fear his business will produce noise and pollution and decrease their property values.

Michael Josemans, who owns Beal Paint and Body in Wright, FL, wants to build his new shop on his 2.4-acre parcel off of Martin Luther King Jr. Boulevard because another company has bought the site of his current business and he’ll have to leave.

He said he has seen residents’ various concerns about his planned business posted on social media and thinks “they’re way over-reacting.”

Josemans’ 2.4-acre parcel is on the southeast corner of Florence Avenue and Martin Luther King Jr. Boulevard in unincorporated Okaloosa County, FL. The lot is adjacent to the Emerald Village subdivision, located in Fort Walton Beach, FL, that is home to many military members and military contractors.

Standing just outside of Hurlburt Field’s back gate, Emerald Village contains 250 houses that were built between 1998 and 2003.

Jennifer Fuhrman, who has lived in Emerald Village since 2002, is spearheading a petition signed by 170 of the subdivision’s residents who oppose the planned paint and body repair shop.

Among other concerns, “The noise from tools such as air compressors will affect our home values and the quality of living,” Fuhrman said. “We don’t like the idea of coming home after work one day and having a beer or a cup of coffee on the back patio and having to hear that constant noise. We’re also concerned about possible paint and chemical fumes.”

Josemans, who has been in business for 30 years, said he is well aware of the concerns.

“I’ve heard all about it,” he said. “But at new body shops, everything is done inside. The tools we use are a lot less noise.”

Emerald Village and Josemans’ lot stand in County Commission District 4, represented by Commissioner Trey Goodwin. After meeting with many residents of the subdivision earlier this month, Goodwin hopes Josemans will talk with them about their worries.

Josemans said he’ll do just that.

View the embedded image gallery online at:
https://www.autobodynews.com/index.php/southeastern/item/18762-residents-petition-against-possible-body-shop-in-fl.html#sigProId62b336fddf
back to top