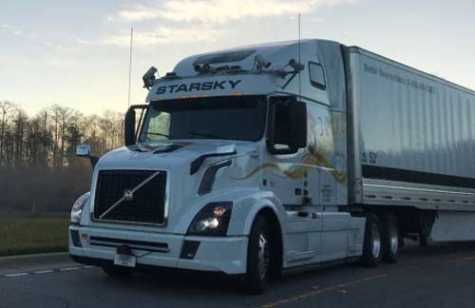 Imagine driverless long-haul heavy-duty commercial trucks passing you on the highway. What would you think?

Some may panic — quite understandably — and others may think it's a genius idea. After all, autonomous vehicles are increasingly being used and in vogue.

Why Take on This Project?

Approximately 100 people in the U.S. die each day from automotive accidents, said the CEO. Stelz-Axmacher himself lost two close friends from car accidents. The aim is to minimize these accidents by developing and using autonomous vehicles in the future.

Furthermore, truck drivers rarely go five years without encountering an accident — and their role is considered to be the least safe job in America.

Truck drivers typically spend a month at a time away from home and their families for these extended periods of time.

Driverless long-haul trucks could take away the monotonous and usually long hours that truck drivers go through every year. Ultimately, the goal is also to minimize the number of road accidents each year.

How Does It Work?

Starsky Robotics' goal was to build a feasible self-driving truck that is safer, and it looks like the company's just reached a milestone.

Instead of using entirely autonomous systems to drive the trucks, they are instead driven remotely by people behind a steering wheel — miles away from the road.

For the first time ever, one of their heavy-duty commercial trucks hit 55 mph (88.5139 kph) on a Florida highway. The truck was officially allowed to be on the road without anyone behind the wheel.

Starsky Robotics was in charge of building the systems and coming up with the idea in the first place.

Now, all we have to wait and see is when an entire fleet of these trucks will hit the highways across the nation.