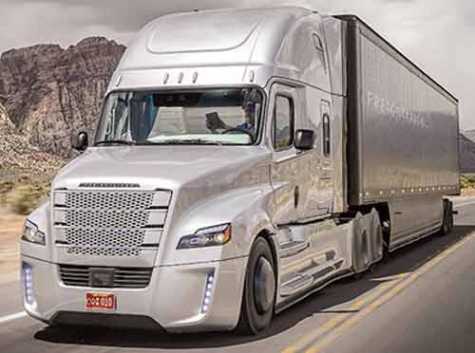 The Sept. 9 announcement comes less than six months after Daimler Trucks agreed to acquire a majority stake in Torc, a pioneer in autonomous vehicle technology. That deal closed in late August.

Daimler said its self-driving test trucks will have a specially trained driver and an engineer in the cab as the vehicles operate in regular traffic on public highways near Blacksburg, VA, where Torc is headquartered.

The companies are working together to test and develop Level 4 automated driving capabilities, which would enable trucks to drive themselves without requiring the driver to provide any input or monitor the road, at least in specific areas and under certain conditions.

“Bringing Level 4 trucks to the public roads is a major step toward our goal to deliver reliable and safe trucks for the benefits of our customers, our economies and society,” said Martin Daum, head of Daimler’s global truck and bus division.

The Level 4 test trucks will be Freightliner Cascadia models outfitted with Torc’s self-driving software and an array of lidar sensors, cameras and radar to sense the vehicle’s surroundings. The trucks will pull trailers with added weight to simulate a load.

Engineers working on the project nicknamed the initial test truck “Hood” after Mt. Hood in homage to their home in the Pacific Northwest.

The on-road Level 4 testing is part of a renewed push by Daimler to make self-driving trucks a reality.

At the CES technology show in January, Daimler Trucks announced it would invest $570 million to achieve Level 4 within a decade. And in June, the truck maker established an Autonomous Technology Group to consolidate its automated driving activities across the globe, including Torc’s operations in Blacksburg and Daimler Trucks’ locations in Portland, OR, and Stuttgart, Germany.

View the embedded image gallery online at:
https://www.autobodynews.com/index.php/southeastern/item/18469-daimler-torc-begin-testing-self-driving-trucks-in-virginia.html#sigProId2004507be7
back to top