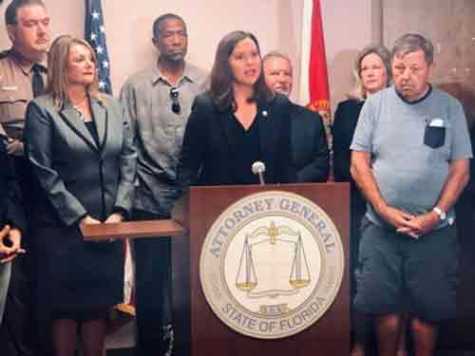 The former owner of Riverside Chevrolet in California will not be able to sell cars again, under an agreement reached with the State to bring a close to a fraud investigation.

“This was an example of motor fraud at its worst, where a car dealership was selling cars that still had liens and were not paying off the liens on those cars. And so, unwittingly, buyers were purchasing or trading in vehicles, getting new ones, and then were on the hook for two cars,” says Florida Attorney General Ashley Moody.

Moody says they were able to recover more than $1.2 million in restitution in this case, to resolve the liens. Court filings claim there were more than 71 vehicles involved in this fraud.

“Oftentimes this happened to our seniors, and in instances of military personnel, where it affected their security clearance,” Moody says.

The dealership is now under new ownership, Beaver Chevrolet in Jacksonville, FL, and Moody says they have cooperated through the investigation and worked to make the affected customers whole.

Between August 2017 and April 2018, Riverside Chevrolet allegedly took trade-in vehicles that had outstanding liens, but didn’t resolve them. That would mean the person who traded in the vehicle was still on the hook for the debt and could have their credit negatively affected if they didn’t pay those bills. Court records show there were also some cases where the lien-holder tried to repossess the vehicle, without knowing it had been traded in, because Riverside Chevrolet hadn’t settled everything.

The State also alleged that Riverside Chevrolet failed to pay more than $400,000 in sales taxes, failed to pay employee salaries and withholding taxes, and failed to transfer vehicle titles on trade-ins in a proper and timely manner. Not transferring a title in the required 30-day period could make it difficult for the prior owner of the vehicle to get financing and insurance on their vehicles.

Under the settlement, Riverside Chevrolet- as the entity that ran the dealership under Andrew Ferguson- and Ferguson himself cannot own, operate, or manage an auto or truck dealership in Florida again. The agreement also includes various fines and attorney fees.