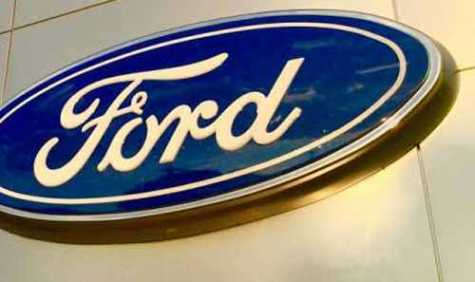 An Alabama Ford dealership ran a 'Merica-friendly promotion, offering a free American flag, Bible and shotgun with every vehicle purchase, which grew so popular that naturally, Ford HQ had to shut that down.

Chatom Ford in Chatom, AL, released a statement saying, “We were running a promotion celebrating this country’s independence. Ford Motor Company has asked us to stop running the advertisement. They manufacture the products we are franchised to sell, so we are complying with their request." The small-town dealer added that they "appreciate everyone’s support" and will honor the promotion up to the point when Ford made them stop it.

General Sales Manager Koby Palmer told USA Today that his dealership wasn't just "handing out shotguns in Alabama." Customers would get their Bible and flag on the spot, but received a certificate good for one shotgun at a couple of participating licensed firearms dealers—and all the usual background checks, age restrictions, etc., still applied.

The promotion was working, too. In the first three days, Palmer says they sold five cars, which is a nice turnover for a rural town of about 1,200 people with a median income under $32,000.

But it appears Chatom Ford's promotion was a victim of its own success. Palmer told FOX10 News that he "had no idea it was going to spread outside our little bubble of South Alabama,” but the Facebook post quickly went from 14,000 views to more than a quarter of a million views just a couple days later. If it seems like one of Facebook's "dangerous" content suppressers was asleep at the wheel, the commotion sure woke up somebody at Ford headquarters in Dearborn.

The dealer said they'd stopped the promo at the "request" of Ford, but it's a safe bet that there was some muscle behind the "request." Under the new, presumably Ford-approved promotion, Chatom says, "We're going to give away a Bible, an American Flag and a gift certificate to use wherever you want for whatever you want."

But that's not nearly as fun, is it? Any dealer can put a little cash on the hood, as they say, to help move the metal, but what Chatom did took a little more imagination.

Previous Page Next Page »
Read 591 times
back to top